JSC: When odious jesters take over the court

Clowns should be confined harmlessly to the circus, not given the power to recommend a chief justice 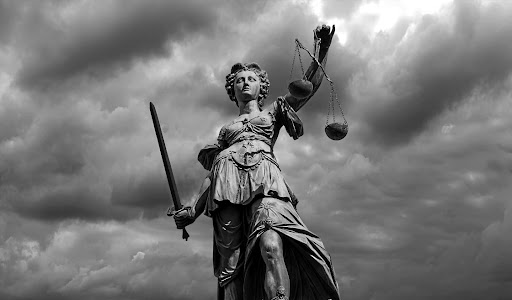 There is nothing new about politicians trying to pack the courts with judges they think will be sympathetic to their causes. The 45th president of the US — the country that once styled itself as the policeman of the free world, or even the entire world — did it. So why get upset when others follow suit?

Because it is a disgrace that sleazy politicians get to choose jurists, people who outshine them on just about every social, intellectual and decency metric you care to apply.

So to the disgraceful scenes during the Judicial Service Commission (JSC) hearings last week to nominate a candidate for chief justice. Instead of a probing inquiry into why the candidates felt they would make great chief justices, SA was treated to a bilious and revolting confection of innuendo, slurs, race-baiting, misogyny, bullying, disinformation and point-scoring.

This week the JSC leads the field in the Odious Derby for the Hobbled and Captured, which is not saying much, sadly, because doubtless some new outrage will soon storm into the front.

Meanwhile, the bad taste left by the disgraceful JSC hearings lingers like cheap garlic on a soggy pizza.

Two questions, both of which have the same answer. Is SA ready for a chief justice who happens to be a woman? And could the leadership of the EFF benefit from a short, sharp lesson in how to handle firearms at crowded rallies?

Answers on a postcard.

A travesty of justice?

After a gruelling week of interviews, the JSC has put forward Mandisa Maya as its preferred candidate as SA’s next chief justice. But a controversial ...
Features
3 months ago

Judicial Service Commission recommends the head of the SA’s appeals court for top judge, with the final decision up to President Cyril Ramaphosa
National
3 months ago

The process that got SA to the critical juncture of a woman becoming judicial chief has been an abomination, to put it politely
Opinion
3 months ago
Next Article