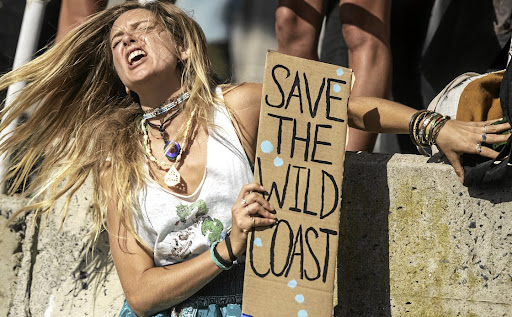 Royal Dutch Shell’s decision to go seismic blasting off SA’s Wild Coast just as the southern right whales are migrating home from their breeding grounds has become a PR hurricane for the firm.

Environmentalists and other animal lovers fear the blasting, which involves using air guns — in this case 48 of them and no, they look nothing like the BB gun you may have had as a kid — to send pulses of sound through water, will affect the hearing and general wellbeing of marine life in the area and especially whales, which rely on sonar to communicate.

If you have any doubt about the ability of sound pulses to travel long distances through water, may I point you to the classic war movie Das Boot, in which a terrified U-boat crew hunker in silence in their submerged and leaking vessel as they listen to the sonar pings from an approaching destroyer hellbent on sending them to the bottom of the Atlantic.

If the exploration goes ahead (and if the whales go deaf), this will be a classic case of grabbing the third rail, even though you know it will hurt.

Regrettably for everyone, including pump attendants at Shell service stations, which may or may not be boycotted depending on people’s attention spans over the silly season, any chance of a reasoned explanation and debate has been lost in the outraged mob calling for Shell’s head, so to speak. It doesn’t help that the name "Shell" is like kryptonite to numerous environmental watchdogs. Either way, one thing’s for sure: the firm that placed the exploration notice on behalf of Shell could have maybe worded it a bit better.

It reads, in part: "Furthermore, under the Marine Traffic Act [2] of 1981, a seismic survey vessel and its seismic array is protected by a 500m safety exclusion zone."

Ah, but did the whales get the memo?

On December 5 2021 Capetonians took to the Muizenberg beach in protest of Shell's plans to conduct seismic surveys on the Wild Coast. Protestors argue that these surveys will result in "irreparable harm" to marine life.