When a tennis player disappeared, there were some odd line calls, which few except the toadying IOC believed 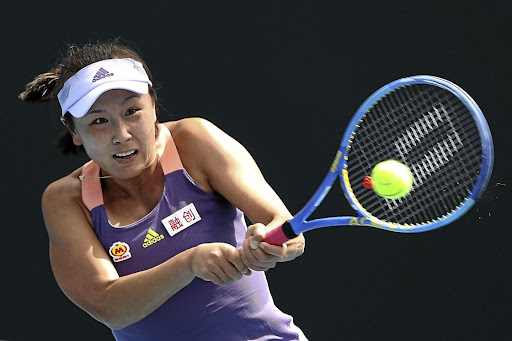 Peng Shuai said she had been sexually assaulted — then she disappeared. Picture: Getty Images/Mark Kolbe

Remember the hoo-ha about the coronavirus vaccine containing a chip so that nasty, nosy governments can track you? Here’s a news flash: if you’re a social media user, governments don’t need to bother with an injectable microchip — they are already watching you.

Three weeks ago, Chinese tennis player Peng Shuai claimed, on her Weibo page, that she had been sexually assaulted three years before by former senior vice-premier Zhang Gaoli. Weibo, if you don’t already know, is China’s version of Twitter.

Now for a dose of fright: the tennis star’s post was removed from her page 30 minutes after it appeared.

Censors then blocked her account, leaving her 500,000 fans in the dark. A total ban on discussing the matter followed soon after that, and Peng disappeared.

The Women’s Tennis Association (WTA) rapidly sounded the alarm. It threatened to withdraw millions of dollars’ worth of business from China if the authorities did not offer proof of Peng’s well-being and investigate her claims, WTA head Steve Simon told CNN.

The Chinese authorities have since rolled out video clips and photos of Peng at a children’s tennis tournament and apparently having dinner with friends.

Then the International Olympic Committee (IOC) had a 30-minute video call with Peng and announced that she was "alive and well".

Never mind that the IOC’s ham-fisted nonhandling of the matter has been decried by human rights activists as a publicity stunt; the world will just have to take its word for it that Peng is safe.

Please don’t mention sports boycotts and money. Or, for that matter, the Uyghurs, whom the Chinese authorities deny they are repressing.

Meanwhile, neither Zhang nor the Chinese government has responded to Peng’s allegations.