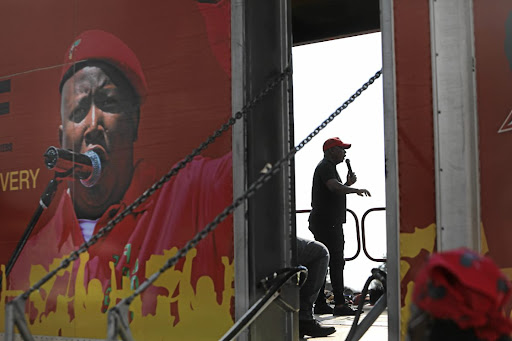 If any evidence were needed to confirm that the world has split into two camps, the statement this week from the EFF about Russia’s Sputnik V vaccine being blocked for use in SA would be it. And one of those camps is a place where "proof" is only a word on the label of a bottle of mampoer.

"We are not surprised," said EFF secretary-general Marshall Dlamini on the news that the SA Health Products Regulatory Authority (Sahpra) had not granted emergency approval for the use of Sputnik V in SA.

"It has never been about saving lives but [about] profit. They have no access to the Russians and cannot get anything from them, hence they did not approve the vaccine," said Dlamini.

Never mind that Sahpra has asked the Gamaleya Research Institute of Epidemiology & Microbiology, the vaccine’s manufacturer in Moscow, for evidence that the vaccine will not put men at a higher risk of contracting HIV.

The authority’s rolling review will continue until the institute does so.

The only thing of importance in the EFF’s pushback is the word "profit". Such a grubby word when there are votes to be had.

Don’t worry about the science — this is a new Cold War, complete with puppets, emancipators, stooges and, ironically, actual viruses.

Facts? Sorry, farce will have to do instead.

Covid-19 infections up as KwaZulu-Natal is hit by ...