ANC heavyweight says that when the plate went around at a church service in Limpopo, he lent a hand 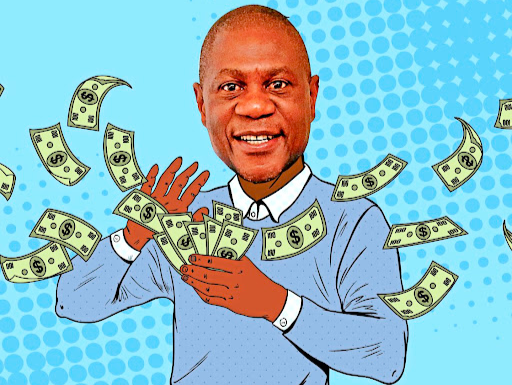 ANC treasurer-general Paul Mashatile denies that he was handing money to congregants at a church service in Limpopo, despite a video that appears to show him doing exactly that.

Mashatile told Independent Media: "It is not true that I was handing out money to the congregants. We attended a church service in Makhado and during the tithe offering I handed money to my team so that I’m not the only one contributing to the offering. This is something very common in church where people share money."

A clumsy explanation to be sure, but who can argue with it? The video is lousy quality, after all.

To be fair, when your accusers are Carl Niehaus and former Eskom CEO Matshela Koko, who was accused of promising R6.5bn in future work to a Swiss engineering firm if it subcontracted power station work to a company partly owned by his step-daughter, then the two words that immediately come to mind are "glass" and "houses".

Mashatile should have stopped right there, perhaps even learnt from Helen Zille and her famous "Singapore (Mud)Sling" that if you’re explaining, you’re losing.

The next thing he said was what people might have been thinking but didn’t say. He went ahead and said it anyway. "It was not an attempt to buy votes," he reportedly told Independent Media.

Perhaps the most interesting thing to emerge from this brouhaha is the outrage from Niehaus, Koko et al that this was happening when the ANC couldn’t afford to pay staff salaries.

Certainly nothing about giving money to your constituents in an election year, which we all know is not allowed.

TOM EATON: At least the ANC is getting to the church on time to buy votes