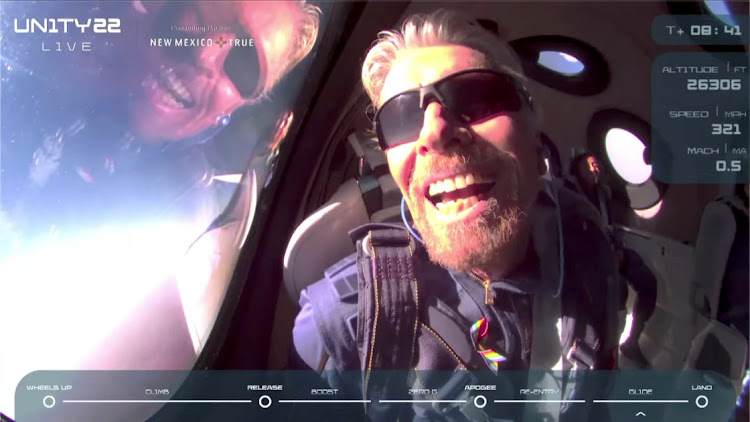 Billionaire Richard Branson reacts on board Virgin Galactic's passenger spaceplane VSS Unity after reaching the edge of space above Spaceport America near Truth or Consequences, New Mexico, the US. Picture: VIRGIN GALACTIC/REUTERS

There is a wonderful cartoon by the late Bob Connolly, who was for many years the political cartoonist for the Rand Daily Mail. The drawing, entitled "Great Honour", shows US president Lyndon B Johnson welcoming French president Charles de Gaulle to the launch pad of a rocket in front of a crowd of flag-waving patriots.

With a sly smile LBJ says, "The Americans have chosen you as the first man to be sent to the moon", the implication being that it was widely hoped he wouldn’t come back.

Set aside the tosh about exploring the new frontier of space and all the other malarkey that Branson and fellow rookie astronaut, Amazon boss Jeff Bezos, have trotted out as reasons for spending vast sums of money for the dubious pleasure of experiencing zero gravity for three minutes. 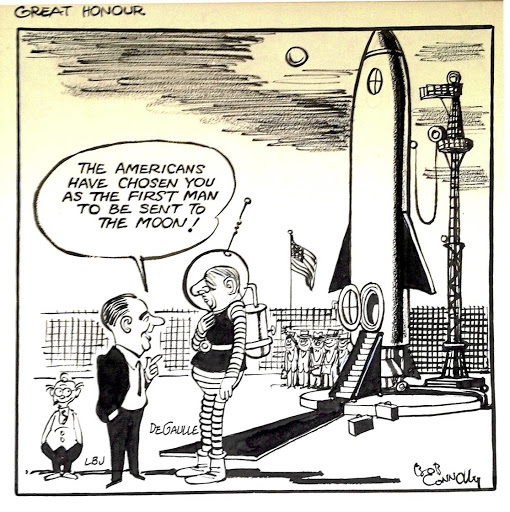 Yes, three minutes: that’s how much time Branson’s SpaceShipTwo spent at the edge of space, 100km above Earth, before folding its tailbooms and gliding back to land at Spaceport America in the New Mexico desert.

This vanity project is all about money and lots of it, which the world’s billionaires will line up to spend. (Note: the same feeling can be had for much less money in airliners — with the seats removed — and flying parabolic arcs, which is how real astronauts are usually introduced to "Zero Gee" in the first place.)

It certainly won’t be about space rides for "the people", not even the many people on whose skills Branson’s future, loaded guests will rely to bring them back safely to Earth.

Expect insufferable social media updates with photos of gurning billionaires floating around the spaceship’s cabin. Then back to Earth for more gurning and posing, and none of them will use the tagline "The Egos Have Landed".