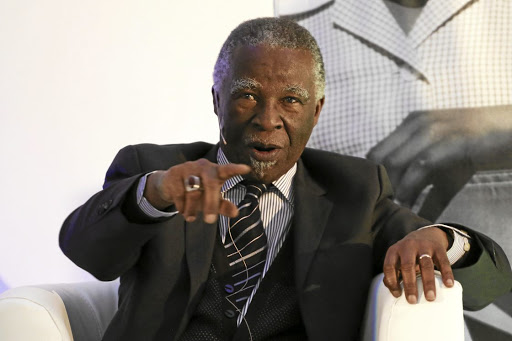 Thabo Mbeki: Expropriation is a shift away from the Freedom Charter. Picture: Sunday Times/Alaister Russell

In a 15-page document handed to the ANC, Thabo Mbeki has set out why he thinks the constitutional amendment the party is drawing up over land expropriation is a disaster.

The former president says the ANC must review some of its proposals before parliament on how section 25 of the constitution should be amended in line with its 2017 conference resolution.

Plans to expropriate land without compensation will drive away investment and reinforce tribalism, he says, and the policy proposal is a shift away from the Freedom Charter.

It’s a timely intervention for a party that is desperate to save face. The deadline to table a report to the National Assembly by the end of August is looming.

In parliament last week, the ANC proposed that state custodianship could be applicable to "certain land" within the context of expropriation. But this was nothing more than an attempt to appease the EFF — which insists on full state custodianship — and gain its support to achieve the two-thirds majority of votes needed for a constitutional amendment.

ANC parliamentarians don’t seem to understand that even this concession won’t be enough to win the support of EFF ideologues. And without EFF support, the ruling party will have egg on its face.

Land reform is one of SA’s fiercest political battlegrounds. That is because over the past 27 years, the ANC has failed to produce a coherent policy. The result — and Mbeki is as responsible for this as anyone — is little or no change in rural land ownership.

That means the rest of us can look forward to more of the same. The divergence in opinion between the EFF and the ANC, and never-ending factional rivalry within the ruling party, look set to hobble real reform for a long time to come.

Thabo Mbeki’s recent comments indicate a shift in the party’s thinking around the concept of two centres of power. But the practice is so embedded in ...
Features
6 months ago
Next Article