Buckingham Palace had seldom been hit by a bomb before. That all changed on Sunday 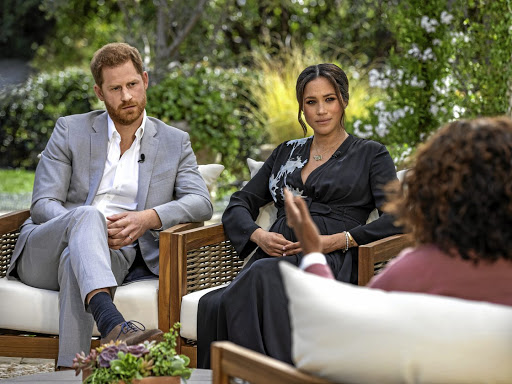 Harry and Meghan being interviewed by Oprah Winfrey during a CBS primetime special. Picture: Harpo Productions/Joe Pugliese via Getty Images

Thousands of UK residents were hastily evacuated from homes and university halls in Exeter on February 27 when a building contractor dug up an unexploded 1,000kg World War 2 bomb.

It was probably a relic from a Luftwaffe "Baedeker" raid — named for the famous German guidebooks — carried out on British cultural centres in retaliation for the RAF bombing of Lübeck in March 1942. The raids were of no strategic value; their aim was to spread fear, spiced with a little revenge.

The bomb in question was an SC 1000, or Sprengbombe Cylindrisch 1000. Packed with 600kg of amatol and TNT, and encased in steel, these bombs were twice the weight of the standard Luftwaffe ones that rained down on England. Last month navy engineers elected to cover the bomb with 400t of sand and blow it up in situ. The resulting controlled explosion sent shrapnel whistling hundreds of metres in all directions and left a crater the size of "three double-decker buses", which is a thoroughly British metaphor for measuring the impact of things.

The country is, of course, no stranger to unexploded ordnance left over from World War 2. An estimated 45,000 unexploded bombs have been found since the war ended.

Given the sheer tonnage of high explosives dropped on England during the war — and especially on London – it is quite remarkable that Buckingham Palace was rarely hit, and even when it was, the damage was minor.

That all changed on Sunday.

'Philip Roth, who died this week at the age of 85, wrote about uncomfortable things funnily. He spared no blushes'
Lifestyle
2 years ago
Next Article