The US economy is staggering; a divided society is seething with loathing and fear 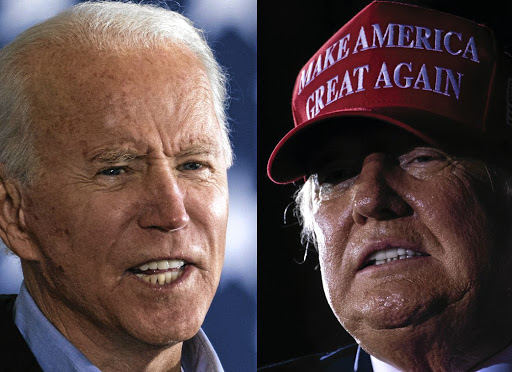 Lifelong Republican Joe Otten cast his vote at midnight on Monday in the rural community of Dixville Notch, New Hampshire. He voted for Joe Biden, as did Dixville’s other four inhabitants, HuffPost reported.

Stories of diehard Republicans switching horses on the home stretch are now neither new nor surprising following four grotesque and poisonous years which have threatened to undo everything good about the US.

Otten summed it up in a video now doing the rounds.

"Paradoxically, a Joe Biden victory will allow us to focus on core Republican values," he said. "It’s time to return to the values our conservative party has held historically dear — limited government, balanced budgets, support for working families, respect for personal rights and historically being at the forefront of respect for racial justice."

Despite the probability that Donald Trump will suffer the stinging humiliation of losing the popular vote, the election may yet be his, thanks to the archaic Electoral College system designed by the founding fathers to give the states their bite of the democratic pie too.

One person, one vote? Pah! For quitters and losers.

Also, a lot of people really still do believe he is going to "drain the swamp". You’d think that after four years of red-faced puffery but still no sign of metaphorical pump trucks in Washington, DC, that their ardour would have faded, but no.

As Americans went to the polls, the pandemic roils on unchecked. It is not going to "like a miracle just disappear". In fact, it’s time to amend that catchy MAGA slogan to "Making American Gurneys Again" as the US Covid-19 death toll climbs past 231,000.

The economy is staggering. A divided society is seething with loathing and fear. Unhinged conspiracy theories proliferate faster and more dangerously than privately owned assault rifles.

The question is, who would want the job of trying to fix the chaos?

As Oscar Wilde said: "When the gods wish to punish us, they answer our prayers."

Voter turnout among black voters dropped steeply in the 2016 US presidential election. In the face of the coronavirus, recession and Trump, that may ...
Features
10 months ago

Biden's hopes for a decisive early defeat of Trump faded as the president took solid leads in Florida, Georgia, Ohio and Texas
Features
10 months ago
Next Article