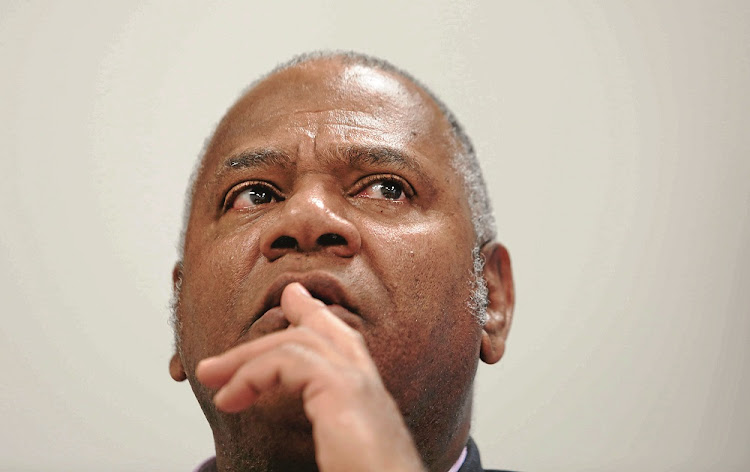 Dan Plato: Getting in touch with his inner philosopher. Picture: Sunday Times/Esa Alexander

Listen to the shocking tale here:

Bulelani Qholani reminds me of the unknown man who, shopping bags grasped in his hands, stood in front of a column of People’s Liberation Army tanks in a seething Tiananmen Square in Beijing in June 1989.

It was a brave and ultimately futile gesture — the tanks rolled on, the revolt was crushed and the Unknown Man disappeared into the maw of the beast.

The now-viral video of a naked Qholani being shoved around by thugs as his shack is destroyed in Empolweni informal settlement makes for distressing watching, though it is not a new scene for SA.

It is hardly surprising, then, that Cape Town mayor Dan Plato is tying himself up in verbal gymnastics as he tries to explain away the actions of the men sent to evict the people of Empolweni. In winter.

Qholani wasn’t actually naked when the cops moved in, said Plato, but stripped off his clothes to make the city look bad. He claimed the officers had footage of Qholani dressed before they moved in.

The country has yet to see this footage, which leaves us with Qholani’s own version of events, that he had been preparing to bathe when the cops moved in.

Perhaps the mayor is channeling his Greek philosopher namesake who in his first dialogue, Republic, has Thrasymachus hotly proclaim that "justice is nothing else than the interest of the stronger".

That would pretty much sum up the politics of land in this deeply divided city.

Maybe the Unknown Man isn’t Qholani but Plato and the tanks are the people of Empolweni and all the other places where homes have been razed "in the interest of the stronger".

In the end, something will have to give.