Zoho’s Notebook app allows you to be productive but goes a step further, with a beautiful design that provides great user experience 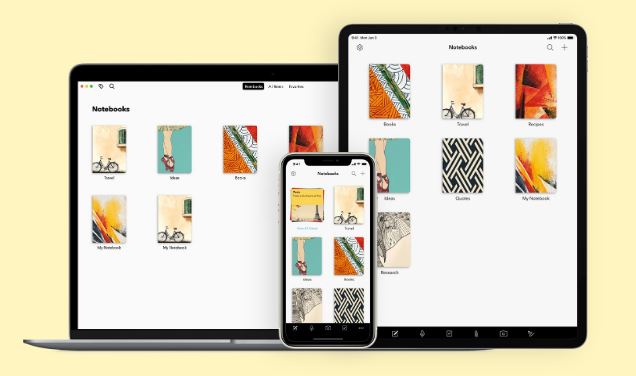 Working from home has prompted us to look for ways to do so efficiently.

Being on a virtual platform means, of course, that you can be connected from any device if you use cross-platform apps.

Zoho’s Notebook app allows you to be productive but goes a step further, with a beautiful design that provides great user experience. It integrates with more than 1,000 other platforms, including Microsoft Teams, Google Drive and Slack, and it migrates data from Evernote.

The app is a virtual notebook with embedded multimedia, and supports collaboration. Everything that has been saved is encrypted, and it has two-factor authentication support.

It is available on all major mobile and desktop operating systems, such as Windows, Mac, Linux, iOS and Android.

There’s also an Apple Watch app. If you’re signed in, you can pick up after a break where you left off due to syncing that operates across devices.

Notebook has a clean interface, which lets you find things easily and is intuitive for first-time users.

Zoho says it does not sell user data because its paid-for services subsidise its free apps. That should reassure users that they won’t see ads.

Each new "notebook" you create has a different image, which you can edit, or you can upload your own cover. The notebooks can be named according to task. They support a wide range of multimedia formats as well as six main card types: text, to-do, audio, photo, sketch and files. The file card supports PDFs and videos, as well as tables.

Zoho’s previous 10,000 character limit has been lifted, and the audio recording function also transcribes. Smart Cards lets you paste a URL into it. It pulls relevant information, and formats it to be more readable — for example for videos or recipes.

I like the way things can be customised by colour, moved around from one notebook to another and rearranged, for example by name or the date of content creation.

The support for tags is useful. They are searchable, making it easier to call up similar content that was created over time. You also have access to the version history so you can see what the content was previously.

The Notebook app is a direct competitor to Google Keep.

As a free tool, it is worth checking out.

TECH REVIEW: Samsung Serif TV — A work of art from any angle