Crosscall says its design differentiates it from other rugged devices. I used the 8-inch tablet for a month and quite like its industrial look 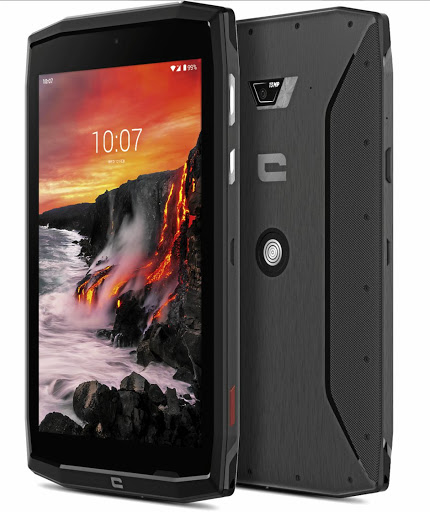 Crosscall entered the SA market a year ago, becoming the second manufacturer after Caterpillar to offer rugged devices locally.

The French company recently introduced its new Core range, including the T4 tablet. It is a timely addition to the limited selection available, which is either a Samsung Tab or the iPad.

The rugged Core-T4 was built with military-grade standards; it can survive being thrown into water and a 1.5m drop onto concrete, and it works in extreme temperatures of between -25° and 50°C. The touchscreen supports wet fingers and gloves.

It runs on Android 9 and has 3GB of RAM, 32GB of expandable storage, 13MP rear-and 5MP front-facing cameras, and a 7000mAh battery.

Crosscall says its design differentiates it from other rugged devices. I used the 8-inch tablet for a month and quite like its industrial look.

It is different to any device I’ve seen. It has a solid grip on the edges — which are matte and textured, with tiny screws.

And how does that affect the weight? At 610g, it is about twice as heavy as a 7.9-inch iPad Mini.

I’ve been using it for YouTube workouts, cooking videos and watching livestream events but keep it propped at an angle using a tablet holder. The convenience of this setup during lockdown outweighs its bulkiness.

The tablet has 4G support through dual SIM slots plus a separate SD card slot. So it can be used to make calls, ideally with a Bluetooth headset — holding 610g up to your ear is not a good idea — or for messaging apps.

It also has two buttons on either side that are programmable, and its battery lasts several days.

Crosscall is targeting enterprise customers with its Core offering, and the tablet ticks all those boxes. It comes with a pair of splashproof wired earphones, a USB-C charging cable and plug, and a magnetic grip that works with its other accessories.

The Core-T4 is suited for professionals, families, adventure junkies and anyone in construction or similar niche industries. It can be used for work and entertainment; however, an Android 10 update would be welcome.

It is pricey at R11,000 but comes with a three-year warranty.

The LG V50 ThinQ is the first smartphone with 5G capabilities to go on sale in SA, and it is exclusive to Vodacom
News & Fox
11 months ago
Next Article