Fiddling with technology, nearly burning down his home and ‘borrowing’ handbooks helped set him on course for a successful career 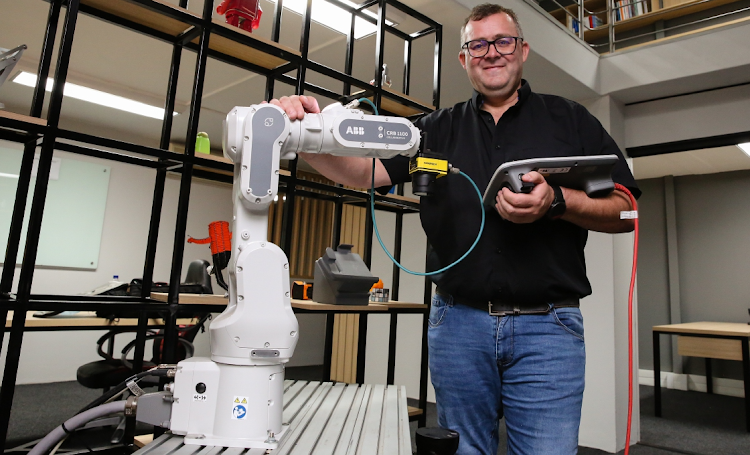 When he was a teenager with a bright mind, Mark Gaskin scoured rubbish dumps for discarded electronic equipment and even stole robotics manuals to study. Fixing the old gadgets would have unintended consequences — some blew up and, in one case, set fire to his home. Three decades later, he is a successful Nelson Mandela Bay businessman and owner of MSG Systems, a leader in technology in SA.

He has run nightclubs, worked in property, is self-taught in business. Born in St Helens on England’s Merseyside, a small town famous for rugby league, Gaskin was one of four boys. His late father, a toolmaker for Ford, brought the family to SA in 1983. They grew up in a blue-collar area and Gaskin, 48, says he knows what it is like to be poor and rich.

“It was a great decision my parents made to move to SA. We were welcomed into the ‘Friendly City’ and really embraced the culture and people,” he says.

From a young age Gaskin had a keen interest in how things worked. “My favourite pastime growing up was going to the local rubbish dump and finding broken electronic treasures that people had thrown away and trying to fix them. I used to blow a lot of things up and set fire to the house once, but it was a great way to learn.”

He would accompany his father to work on weekends, driving a forklift when no-one was watching. “I used to go and work during the school holidays and did whatever I was told, from painting to sweeping the floor. I quickly learnt that SA engineers like to help each other. It was a great environment and led me to becoming an electrical apprentice.”

But there were setbacks. He was diagnosed and still lives with adult-onset Still’s disease (AOSD), which he jokes is why he didn’t smile until he was three years old. The cause of AOSD is unknown. Researchers believe the disorder might be caused by a combination of genetic factors and an abnormal or exaggerated response to infections or other environmental exposures. “It was debilitating during my high school years and worsened when I got to matric, when I spent three terms in hospital.”

He failed matric in his technical high school, missing the pass mark in Afrikaans, but didn’t let it hold him back and became an apprentice.  “As an apprentice you are normally assigned to work with a journeyman  and along the way I was assigned to collect two robotics engineers from the airport every Monday and carry their tools and assist them. They used to enjoy a drink after work, and I ended up sitting in the car waiting to drive them home. I spent a lot of time in that car and started to read the robotics manuals.”

It was a time before Google, and the manuals were an engineer’s Bible. “The robotics engineers were not happy to share their knowledge, so I stole their manuals and took them home. I used to study them and hid them in my bedroom. They eventually figured this out because I started to help them with their programming.”

One day Gaskin mustered the courage to approach his boss with his newly acquired knowledge. “I said: ‘I can do what these guys are doing, and you can save money.’ He gave me a chance to prove it and a week later I took over the programming of the robots.”

The company he worked for as an apprentice received a project that involved installing robots in Argentina. Gaskin was asked to help. He was just 18 years old.  “I started to realise that robotics was becoming a trade separate to what I was doing and took the chance to resign as an apprentice. The company was good enough to let me contract back to it as my own one-man entity, and specialise in robotics. This trade later became what is known as mechatronics.”

He has since worked directly for original equipment manufacturers, ranging from automotive to fast-moving consumer goods companies, and in Australia, Spain, Argentina, Germany, the US and China. “It was great to be able to travel and learn international standards and implement them in our business.”

MSG Systems, an automation specialist company in the design, manufacture, and installation of high technological industrial equipment, was founded in 1989. Through MSG’s various entities, it employs 110 people, with a design office in India, but focuses much of its work in SA. In March MSG appointed a value provider for ABB Robotic Systems, a  global channel partner programme for system integrators.

“The biggest challenge is starting with a blank piece of paper and solving complex machine design using robotics that is not only safe but easy to operate,” Gaskin says.