Go-getter runs a company where the goal is to help road-accident victims get top-class treatment, even without medical cover 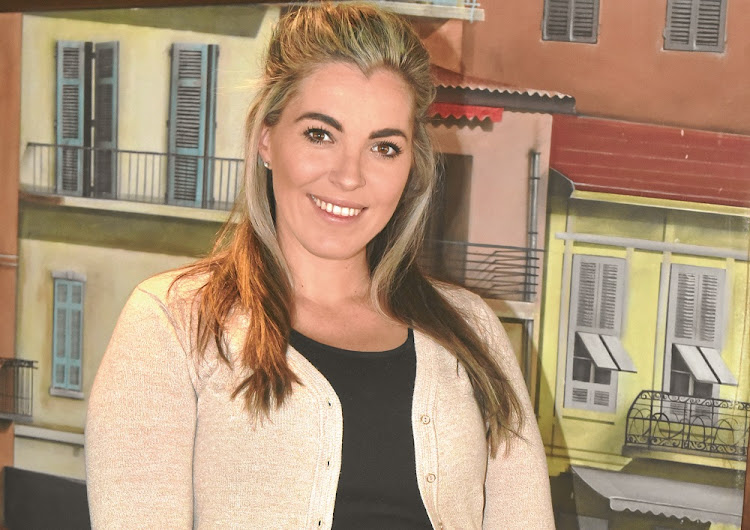 If you don’t find private beds for these accident victims, they could die, paramedics told Sarah Louw, CEO of Valomate Medical, in April.

A minibus travelling near Stanger north of Durban had burst a tyre, veered onto the opposite side of the N2 highway and into an oncoming truck. In the minibus were 14 passengers, including a mother and her three adult children.

Louw says: "If you’re travelling with your family, you don’t expect anything to happen. You’re all together."

One of the adult siblings died at the scene. Another lost an arm, the third had her face severely disfigured.

This is where Valomate Medical, a company formed in 2020 and run by Louw, a mother, and two other young mothers, finds its purpose.

Valomate Medical partners with paramedics, private hospitals and doctors and equity funders so that critically injured patients can be treated quickly at private hospitals. It tries to help patients who are less likely to survive if taken to an overwhelmed state hospital.

Louw says government hospitals are overburdened and, for example, sometimes cannot do the operations essential to preventing paralysis.

Yet some private hospitals have extra capacity, with highly skilled doctors who want to help such patients. There is a financial incentive for the hospitals too.

Underused private hospitals running below 50% capacity won’t always break even, says Louw. So extra patients, even at discounted rates, can be good for the bottom line.

And technically, there is funding for most accident patients.

The Road Accident Fund, paid for by the fuel levy and Treasury grants, is set up to help all accident victims meet medical and other costs, though it excludes drivers who are at fault.

The fund has been mired in financial difficulties and controversies for decades and was preyed on by dodgy lawyers. It also has many outstanding claims.

Lawyers have long used the fund as a source of income because they keep 25% of their clients’ eventual payout.

But with delays in paying claims, it is not surprising that doctors and private hospitals are not keen to treat road-accident victims who have no medical cover, or complete onerous paperwork.

She and Valomate chair Lloyd Birrell had an idea in 2019. What if, instead of just processing fund claims, they paid top hospitals to treat such patients?

They pitched the business case to a private equity firm staffed by former lawyers, who loved the idea. They use private capital to pay hospitals within 30 days at a discount and later are refunded by the fund, with the difference covering the cost of the funding.

It is not easy to do. Private hospitals don’t want their middle-class casualty rooms to look like war zones. Also, patients need ID numbers to get fund approval for treatment and unconscious patients are not always easy to identify.

Valomate ensured that the two sisters from the Stanger accident were treated that same day at Lenmed eThekwini hospital in Durban.

She likes working with the fund in spite of the paperwork because, she says, it has passionate staff who want to help people.

She admits that sometimes it can take up to a year to get paid but at other times it takes only 90 days. "We don’t jump the queue, we don’t grease palms. It’s just understanding the administrative process and falling in line with it."

It’s hard work. Mess up a claim and the company will be short by a million rand, she says. One patient’s bill topped R984,000. "You have to be on top of everything."

There are also ways to save the fund money by organising for a patient to move to cheaper rehab facilities, or apply for interim funding to pay for an urgent operation that can prevent long-term complications.

Questionable lawyers seeking the highest payout were not always motivated to get cheaper, quicker care in the interest of the patient. There was a fund underbelly, says Louw, where some paramedics would find injured patients and sell their details to lawyers, who saw them as a payday.

Valomate has strict protocols on which doctors and paramedics they work with and how patient handovers are conducted. It works with 12 hospitals and has helped 140 patients in Gauteng, KwaZulu-Natal and the Northern Cape, There are plans to expand to more provinces.

Apart from being CEO, Louw is the mother of two young children — with another on the way. She says she "likes a challenge in all facets of life".

Tech-savvy and agile: how a small but profitable online retailer moves 600,000 fashion items a year
News & Fox
10 months ago

Tales of resilience: Telling the story of the small guy is what a new online business portal wants to specialise in
News & Fox
11 months ago