Tales of resilience: Telling the story of the small guy is what a new online business portal wants to specialise in 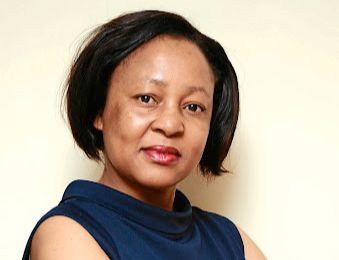 Entrepreneurs are the pulse of the economy, and their stories often go unreported, says journalist Moipone Malefane.

Take the experience of a motor spares business looted and burnt to the ground last week in Katlehong in Ekurhuleni. Or the family-owned butcher and small shopping complex ransacked in Daveyton.

The rest of SA is only just beginning to grasp the extent of the devastation that unrest in Gauteng and KwaZulu-Natal inflicted.

Malefane, who started a digital business news portal to put the spotlight on the small business sector, wants to bring those stories into the open. A former political editor of Sowetan, she left in December 2018 and launched Vutivi Business News in October 2020. Vutivi means knowledge in Tsonga.

Last week Vutivi interviewed a number of entrepreneurs whose businesses were destroyed by violence and looting.

But most of its stories are good news items about growth, innovation and employment. The portal contains news features about businesses in sectors such as finance, agriculture, tourism and innovation. For example, last week the site profiled family business South-Western Dairy which sells milk and makes amasi, dairy blends and fruit juices. It employs five people and operates out of a factory in Tshwane.

It also interviewed Mfanufikile Dlamini, a chef and the founder of Fam Café in Joburg, about his passion for food. He operates a pop-up restaurant and mobile kitchen.

Malefane, who has been a journalist for more than 20 years, says when she left Sowetan she wanted change. "I had a number of ideas and things that I wanted to do, one of them was to run a company looking at the small business sector," she says.

"There is so much that can be said about small businesses. Everyone always talks about the importance of the sector." Small businesses account for about 98.5% of all businesses in SA, according to a report by consultancy McKinsey & Company. They are also responsible for about a quarter of all jobs in the private sector and contribute about 39% of GDP.

Yet despite lip service from government, it is also a neglected sector. The red tape that hampers the creation of new enterprises blocks growth. And the absence of real incentives stifles innovation.

Malefane and her team are not only writing stories on the sector, but are also helping noncompliant enterprises to adhere to the laws of running a business in the country.

"There is this beautiful story of this guy who runs a restaurant in Kempton Park, but he was not compliant, so I told him to follow due processes first before we could profile him," says Malefane. She will not publish stories about business owners who aren’t registered or paying tax.

With Vutivi, Malefane wants to spread her wings. She has reached out to business organisations that work with small firms to tap into their network of entrepreneurs.

To ensure that the site is financially viable Malefane will sell ads. And she has plans to expand its range of content.

"I’ve got a three-year plan in place. There are things that I’m going to introduce, such as the use of videos," she says.

Malefane says mainstream media houses have approached her to use some of the material on the site.

"My readership is growing," she says.

She recognises that Vutivi Business News is a very small player in a larger industry, but says: "We are hard-working and focused." She hopes that big businesses will direct some of their adspend towards emerging media firms.

"We are small players and we wish we could be given a chance to grow because we are here to stay. We will continue to publish credible stories that inspire and make people realise that they too could be entrepreneurs," Malefane says.

He does not see himself as an entrepreneur, but the business he founded to develop people helps blue-chip firms, and keeps growing
News & Fox
11 months ago

For this nimble young liquor distributing business, Africa is a big, inviting market. The company sets great store by maintaining its culture and ...
News & Fox
1 year ago
Next Article