Ndzaba says his journey is about motivating people to get out of their shells, achieve their dreams and be catalysts of their future 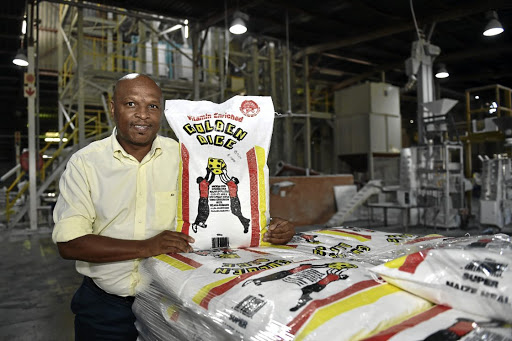 Xolani Ndzaba took over Golden Dice Foods in November 2018 and plans to build a top-performing company in the food industry.

He owns 51% of Golden Dice, in which the National Empowerment Fund is also a shareholder. The business, based in Nigel on the East Rand, has 35 employees.

Ndzaba says Golden Dice, a household brand in SA, "is performing well under the current circumstances, considering the impact of the Covid-19 pandemic, through the support of the National Empowerment Fund."

The company produces maize meal, samp, maize rice, sorghum-based products and mixed fowl food. It buys legumes and sugar, and supplies to small and large customers, from Cambridge to Makro and other independent wholesalers, some Spar shops and spaza and tuck shops.

Ndzaba’s journey has spanned work as a labourer, climbing the ranks of corporate life and — his ultimate ambition — being an entrepreneur.

He was born in Soweto in 1965, during the height of apartheid. Nonetheless, he started his first business at eight with a bag of oranges from his father which he sold at school. For years he hawked fruit and colognes on the trains in Soweto after school and on weekends. "It taught me to persevere and survive in a competitive world," he says.

In 1977, when he was 12, his parents sent him to the Eastern Cape for a year after the Soweto riots against bantu education.

That was where he fell in love with grain milling through a traditional process known as ukungqusha.

Though he had matric, the apartheid-era job restrictions meant he had few options, so Ndzaba started his career as a construction labourer. At one point he was fired from a company for attending classes on Saturday mornings. 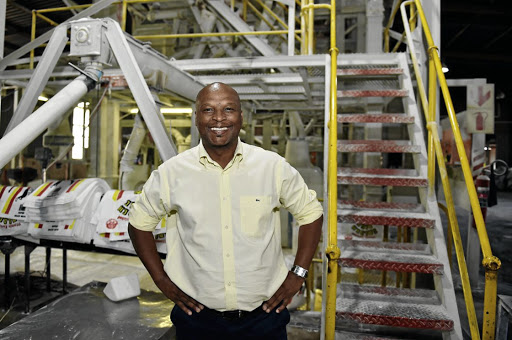 "I don’t look at adversity in a negative way... I face and overcome challenges," he says.

"My short story is about motivating people, especially entrepreneurs, to get out of their shell, start achieving their dreams and be catalysts of their future."

His tenacity paid off. He then joined SA Breweries as a labourer and moved up the ranks to process overseer, supervisor and management training. He then worked at National Sorghum Breweries, PepsiCo and Bromor Foods (now owned by Tiger Brands). It was all preparation for what he really wanted to do — run his own business.

Over the next few years, he returned to SAB and worked in various roles, from a trade bewer to sales and marketing. After that, he joined Brandhouse as regional sales manager, before joining Papa Super maize meal.

Having completed management courses at Unisa’s Graduate School of Business Leadership and the Gordon Institute of Business Science, he then opened his own grain milling company called Lethabo Milling.

Funding was a challenge in his Lethabo venture, but "I wasn’t going to sit in a corner and cry".

He had built good relationships in the corporate world and got funding in 2014 from Absa and Massmart’s supplier development programme.

Lethabo Milling closed in August 2018 because, though inputs were cheap, getting the products to the market in Joburg was expensive. The 2015-2017 drought meant having to import what he needed and many mills closed at the time.

"As a businessman it gives me an opportunity to actually explore my talents; I’m able to develop brands. It enables me to achieve what I’ve always wanted.

"In today’s landscape in SA it allows me to create sustainable job opportunities, ensuring that we as black people are able to participate in the mainstream economy rather than complain, and to actively address the past and current socioeconomic issues."

Ndzaba says that among his children the family is blessed with a mechanical engineer, a chartered accountant (based in the UK), a BCom accounting graduate and a law student, while two are still at school.

It’s the success story of the lockdown: a home-grown delivery app has surged in popularity in recent months, while also securing fresh investment
News & Fox
1 year ago
Next Article