A technologically enabled Africa will bring about greater economic and social inclusion and create, not destroy, jobs 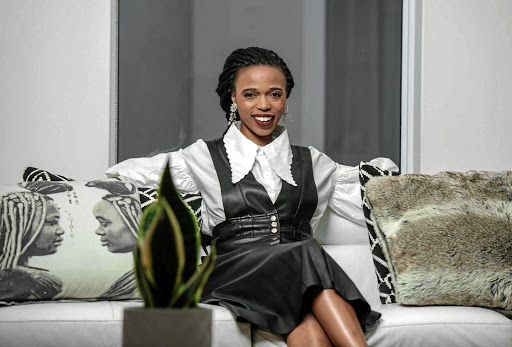 Tumelo Setlaba, a former head of marketing at Uber Eats and the second black head girl of the prestigious St Anne’s Diocesan College at Hilton in KwaZulu-Natal, co-founded fast-growing tech start-up Enlabeler before the age of 30.

She is excited about the growth of the artificial intelligence (AI) and machine learning industries in SA and their ability to create jobs in a country that desperately needs them. This is what prompted her to start Enlabeler.

"A key reason for founding the company was to create entry-level tech jobs for young people from marginalised African communities and to help fight unemployment," Setlaba says. "We turn these people into labellers who use our technology. We then endeavour to connect international and domestic clients with our community of labellers."

Her aim is to build a company "which contributes to a technologically enabled future Africa that brings about greater economic and social inclusion, and positions the continent as both an adopter and innovator of AI solutions that will have impact and relevance across the globe," she says.

Setlaba has a bachelor of social science and BCom Hons from the University of KwaZulu-Natal where, while still a student, she founded Rhubarb, a fashion label, which sold garments via Facebook. She later worked at Uber, Jumia and Media24, and was a newsreader on Business Day TV and a TV show host on the Home Channel.

Fascinated by technology’s impact on social change, Setlaba, who grew up in the small Eastern Cape town of Matatiele, is now one of the few black women heading the operations of a tech company in SA. "It really is an amazing time to be an educated young black woman in the world today. I have definitely been privileged and believe that you work with the cards that you have been dealt," she says.

Machine learning refers to teaching computer systems to administer tasks without following explicit instructions, by using algorithms and statistical models to analyse and draw inferences from patterns in data.

Setlaba says these technologies can create jobs. "Theoretically, as this new industry develops, all kinds of jobs will be available for workers at all skill levels," she says, adding that the amount of data generated globally doubles every 18-24 months. While auto labelling can accomplish up to 90% of the tasks it is set, jobs for people won’t be threatened "because there’s just so much data out there to process. Only with the human-in-the-loop techniques can we meet demand in terms of budget and speed."

For every object in the world there is an endless amount of data to process; that’s why the industry has infinite potential, she says.

It’s the success story of the lockdown: a home-grown delivery app has surged in popularity in recent months, while also securing fresh investment
News & Fox
10 months ago

A start-up insurance company wants to give its clients more of their money back, setting itself up to be a major disrupter in the industry
News & Fox
1 year ago
Next Article