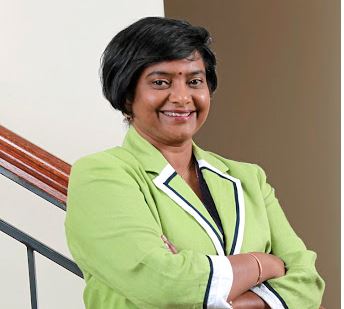 Padayachee-Saman, an experienced civil engineer, founded MPA in 1997. It is being re-branded MPAMOT, with Padayachee-Saman as its CEO and Ipeleng Mkhari as board chair.

Padayachee-Saman says that after a 30-year career she is excited to make an acquisition which will help her grow her business and do more work across Africa.

MPA works largely on renewable energy projects. Acquiring Mott MacDonald gives it exposure to national civil engineering work. Mott MacDonald was involved in the development and construction of the Mbombela Stadium in Mpumalanga and the Nelson Mandela Bridge in Joburg.

Padayachee-Saman says she was drawn to the intellectual property of Mott MacDonald, which has been built up over a number of years. "We could continue to grow organically, but that would take forever. There are so many opportunities on the continent which we can grab.

"I feel that in SA there is so much mistrust between different players in the economy that the country gets held back.

"MPAMOT will show that people are mistaken when they say there is a lack of infrastructure work in Africa," she says.

She expresses an optimism about investment in Africa that is hard to find among executives in the current climate.

"Too many businesses don’t trust other Africans and then end up missing out on opportunities," she says.

Five years from now she wants MPAMOT to be "a formidable player on the African continent", even though many other engineering and construction groups have been badly burnt there.

"There are huge infrastructure requirements that will enable trade between African countries. I really believe that SA’s best engineering companies need to do this work to help the integration of change across Africa. It is an opportunity for the continent that mustn’t be lost," she says.

But what is her rationale for expanding an engineering business in the middle of a crisis, when unemployment has soared and investment has dribbled away? Investment in infrastructure in SA plummeted after the 2010 Soccer World Cup, and the government has been criticised for not spending enough, especially on bridges and roads.

"It’s a fair question," Padayachee-Saman says. "We did a lot of homework and had many talks. It’s a very attractive deal that puts us in another league.

"Yes, we are in a difficult business environment, like other SA companies.

"There was no pandemic when we were negotiating this deal, yet I am confident that the acquisition of Mott MacDonald Africa will be hugely successful," she says.

She says business and the government have to work together on renewable energy projects and to build new infrastructure.

But she is buying a firm that in the past has had to retrench staff because of insufficient industry work in the country. This is why she now plans to work on more projects outside SA.

"We want to help create self-generating economies in Africa. I know that everyone has heard it before, but Africa is a continent which is now realising its potential. It’s large and full of young, positive people," she says,

"Covid-19 gives SA a clean slate. As long as there is a will, companies like mine which avoid corruption can succeed long term.

"We may have lost out on deals in the past because of our integrity, but we believe in being a company that creates long-term value and is involved in exemplary work," Padayachee-Saman says.

The aim is to help change the face of the male-dominated industry, which will play a leading part in future-proofing the economy
Companies
8 months ago
Next Article