It’s the success story of the lockdown: a home-grown delivery app has surged in popularity in recent months, while also securing fresh investment 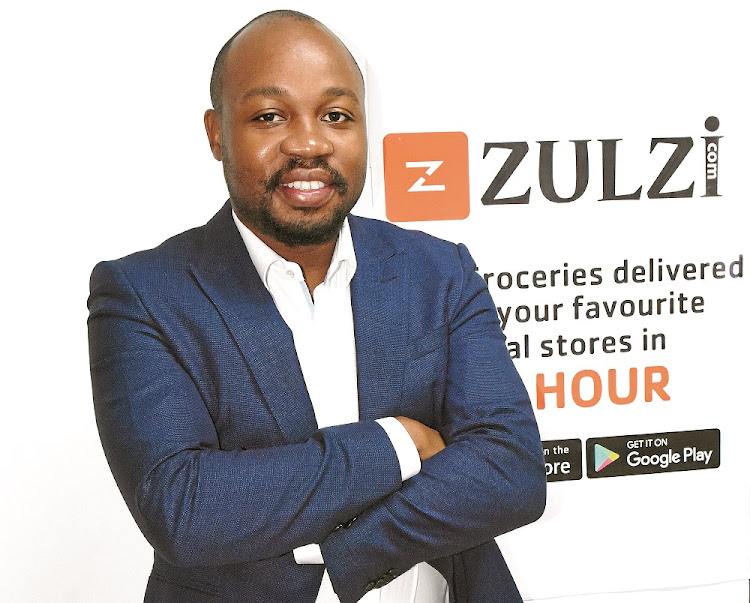 The lockdown has made us accustomed to hearing bad news stories about small SA businesses. So the success of homegrown Joburg-based grocery delivery service Zulzi is reason to cheer.

Last month it raised R30m in funding from an unnamed JSE-listed company. The on-demand app shops on behalf of customers at stores such as Woolworths, Clicks and Pick n Pay.

Zulzi launched in 2016. Co-founder Vutlharhi Donald Valoyi says it began looking for funding last June, and by December it had assembled a few interested investors. "We decided in February who we were going to accept the investment from, and from there it was seamless; by March we had finalised all the legal paperwork."

Over and above the R30m, it will get R15m worth of advertising. The start-up previously raised R2m from IDF Capital and invested over R10m of its own cash into the business.

"We want to improve our technology and grow the business to cater for more middle-to lower-income consumers," says Valoyi, on how Zulzi plans to use the funding. It will do this by creating more partnerships with retailers, and giving them the option to advertise on Zulzi’s app and offer coupons to its customers.

The company processes more than 2,000 orders a day from customers in Joburg, Pretoria, Cape Town and Durban. "We started in Johannesburg North and the sales we used to do in a month back then, we now do in two hours." 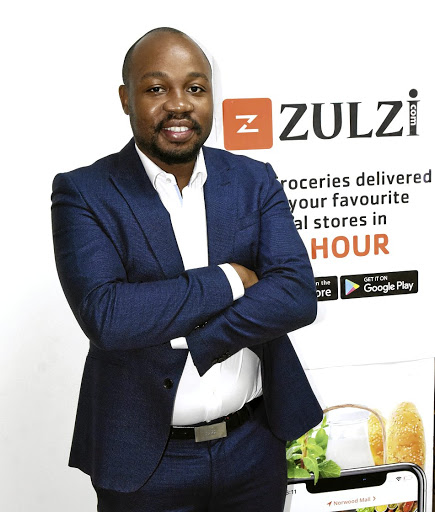 When social distancing first began in March, the company was hit with a surge in volumes of more than R1m a day. This has made it the lockdown’s success story.

Zulzi employs a team of 35, which includes developing, operations, marketing, support and customer service. Like Uber it uses independent drivers and employs more than 1,000 drivers and shoppers. "We conduct our own vetting of the drivers and provide them with an app that enables them to navigate to customers. They can also chat to customers via in-app messaging."

The messaging feature is what makes Zulzi stand out from similar services. "When you shop for groceries, the chances of the shopper not finding the item they want online is as high as 60%," he says. "So we created a messaging platform that enables our shoppers to chat with customers and replace missing items of their choice in real time."

Both Valoyi — who serves as the CEO — and co-founder Michael Netshipise, who is Zulzi’s chief technology officer, were involved in building the platform, which took six months.

Valoyi studied applied mathematics at Wits University but always had a passion for computers and business strategy. He has worked at FNB, EOH, MagmaTec and OneConnect as a software developer.

Valoyi and his team also built the Checkers Sixty60 delivery app within just six months. "Checkers wanted something that would allow it to scale and do replacements of missing products in-app, and also enable it to use machine learning to predict the real-time availability of thousands of grocery items; we became the obvious choice in the market."

The growth of e-commerce in SA has been encouraging, he says. "We have fixed logistics and introduced multiple payment methods, but we still need to work with financial institutions to tackle fraud, and we need to penetrate the townships and remote areas to offer them affordable delivery to their door.

"Groceries will continue to drive the growth of e-commerce worldwide and this category we have chosen is not a luxury to have but an essential," says Valoyi.

GIMME: Behold the Uber for groceries

Zulzi’s premise is simple: order what you want from a small range of retailers, and get the goods delivered to you on the same day — ...
News & Fox
3 years ago
Next Article

ARTHUR GOLDSTUCK: The next brief thing may really not have legs

Nkululeko Legend Manqele is on a date with Destiny

ENTREPRENEURS: Meet Zakhe Khuzwayo and DJ Kumbula, founders of the ‘Avis of IT ...

ARTHUR GOLDSTUCK: The next brief thing may really not have legs

Nkululeko Legend Manqele is on a date with Destiny

ENTREPRENEURS: Meet Zakhe Khuzwayo and DJ Kumbula, founders of the ‘Avis of IT ...