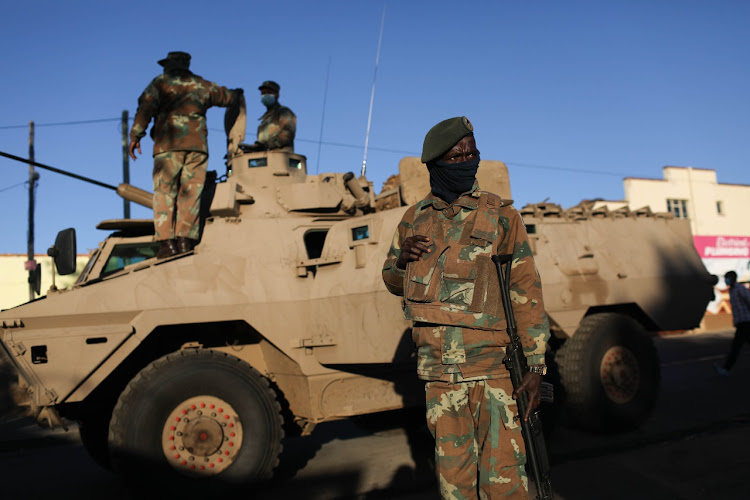 A letter last week from UDM leader Bantu Holomisa, himself a former general, to the minister of defence and chief of the SA National Defence Force describes the sorry mess at the regiment’s HQ in Mthatha. There were no rations,  beds, boots or rifles for the soldiers reporting for duty. A board of inquiry is now investigating.

A single seagrass plant that stretches across more than 100km² of ocean floor has been identified as the world’s largest living plant. The seagrass, as old as Stonehenge (about 5,000 years), is growing in Shark Bay, a Unesco world heritage site off Western Australia. It was found by scientists seeking to establish how many plants made up the seagrass meadow in the bay. “The answer blew us away,” says Jane Edgeloe, the lead author of a paper on the discovery. “There was just one.”

Britain’s  cats — which number about 9.5-million — could be killing up to 270-million birds and other animals a year, according to a study by the University of Reading and Royal Holloway, University of London. Dr Rebecca Thomas from Royal Holloway calls them “mini super predators”.

And in the German town of Walldorf, cat-owners  have been ordered to keep their pets indoors until August to stop them killing crested larks, a rare ground-nesting bird, during breeding season. The lockdown is being enforced with fines of up to €50,000.

When Mozambique decided to pay its army in cash in March, 7,000 soldiers did not pitch for pay parade
News & Fox
1 month ago

Nile crocodiles in Lake St Lucia have been ingesting fishing weights, scooping them up with pebbles from the lake floor that help digestion
News & Fox
1 month ago

A man on trial for his wife’s murder in the US had been studying the Oscar Pistorius case, according to detectives
News & Fox
1 month ago
Next Article