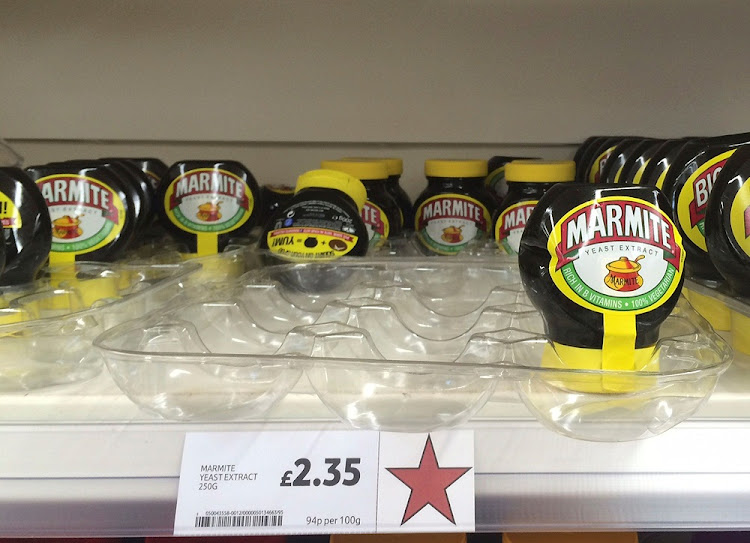 Marmite has been in short supply for the past two years. Picture: REUTERS

Corné Mulder, chief whip of the Freedom Front Plus, is looking forward to making parliamentary history in two years’ time.

Mulder was an MP in 1994, after SA’s first democratic election, and is the only remaining member from that parliament. He believes, according to Rapport, that after the 2024 general elections, he will hold the unique distinction of having served in parliament continuously from the time the ANC came to power until 30 years later when the ANC will have lost it.

Dwindling support for the ANC, and a nation that is increasingly browned off with government corruption, seem to back his prediction.

The power of the smudgy sandwich spread is reflected in the latest piece of publicity for it — in The Economist, no less. The magazine’s SA correspondent scoured local grocery shelves in search of the little brown bottles and out of 15 stores found only three that stocked them.

A reliable source for this column unexpectedly came across a bottle in a Joburg Woolies this week. Seems the reason for the comeback following a dearth in supply is a resumption of beer brewing, in which a byproduct, yeast, is a crucial ingredient in the spread.

The SA army came out with an upbeat briefing about our boys giving the insurgents in Cabo Delgado a bit of cold steel.

Of course, the brass’s report didn’t contain any real news — such as the return of furniture to the Amarula hotel in Palma that was trashed and looted by the insurgents in March 2021. The hotel has partly reopened, and furniture was bought back at a “reasonable” price, according to assistant manager Ritha Jaime Lucas. The East African newspaper’s reporter in Palma, Charles Onyango-Obbo, suggests the real looters were the Mozambican army, which came in after the rebels had scarpered.

Schabir Shaik, the Durban crook and Jacob Zuma bagman who escaped a long prison term thanks to a sympathetic parole board, is a regular at one of the ...
News & Fox
1 month ago

The Suez Canal, where one of the world's largest container ships got stuck last year, is being widened and deepened so that this does not happen again
News & Fox
2 months ago
Next Article