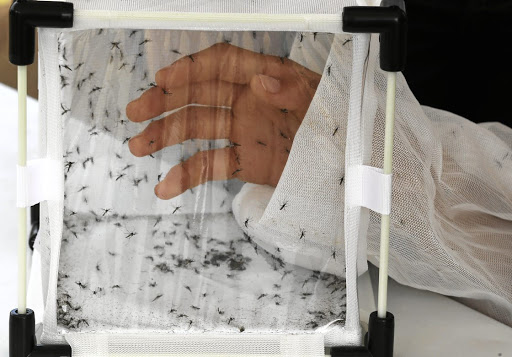 When it comes to TV, a little notoriety always helps. Was that the reason Showmax put Life with Kelly Khumalo on the small screen? The show is said to provide the 38-year-old singer, dancer and actress, who is famous for being famous, with a "second chance at happiness". It’s also a first for TV. Never before has a witness to an unsolved murder been the star of a show. Khumalo was one of a small group at a house in Vosloorus when her lover, soccer star Senzo Meyiwa, was shot dead. No-one has been convicted of the 2014 killing, despite all the witnesses.

Scientists in the US have used the gene-editing tool Crispr-Cas9 to make humans invisible to mosquitoes. According to the journal Current Biology, the mosquitoes use light-sensing receptors to target hosts. By knocking out two of those receptors, humans become invisible to the insects.

The scientists at the University of California, Santa Barbara, believe it’s the first step to creating a mosquito that is blind to human hosts. The experiment has been successful with Aedes aegypti mosquitoes, which use dark visual cues when they hunt in daylight, at dawn and dusk. It is not known if it will work with Anopheles mosquitoes, which hunt at night, and spread malaria.

Of all Africa’s islands, none show greater contrasts than Madagascar and Mauritius. Madagascar, the world’s fourth-largest island, is suffering a famine and its 28-million people are as poor now as they were at independence in 1960, says The Economist. Mauritius, 1,000km away off Madagascar’s east coast, is one of the smallest islands and is flourishing. Could it be that Madagascar’s rulers dabbled in futile ideologies and saw a succession of coups?

There’s also an irony in this latest drought. According to the UN World Food Programme, the island did nothing to cause climate change yet is now one of its worst victims.

PETER BRUCE: If the guys at the wheel don’t understand ...

BOOK REVIEW: Outa sizes up SA’s sham of a parliament

Cuba gets drugs back but there’s no sign of SA ...