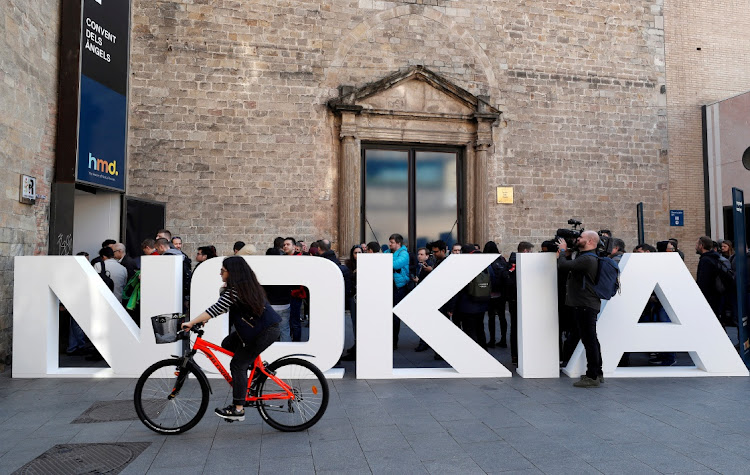 A cyclist rides past a Nokia logo in Barcelona, Spain. Picture: REUTERS/YVES HERMAN

July 2021 has broken records. It has the unenviable honour of being the hottest month yet recorded, according to data from the US weather agency, the National Oceanic & Atmospheric Administration. The combined global land and ocean-surface temperature was 0.93°C higher than the average for the last century, which was 15.8°C.

It looks likely that 2021 will rank in the top 10 warmest years on record. In fact, every July since 2015 has been hotter than the preceding July. Human influence, a report from the agency says, is "unequivocally causing climate change".

Smartphones have turned 25. The Nokia 9000 Communicator, referred to as "the office in your back pocket", was a smartphone even before the term was invented. It was launched in August 1996 at a computer fair in Germany. It was the first device to have all the features of a computer on a phone. It offered a keyboard and screen, as well as internet software.

The Communicator had just 8MB of memory, a 33MHz processor and a black and white screen. Today the phones can sell for more than $600 on eBay.

Zimbabwe is considering borrowing from private investors to fund the first half of a $3.5bn compensation agreement with white farmers whose land was seized two decades ago, Bloomberg reports. In July the government appointed London-based Newstate Partners to help it raise the money. It needs to secure $1.75bn by July next year.

Compensating farmers is key to Zimbabwe’s intention to repair its relations with the US and other Western countries that imposed sanctions after land seizures began in 2000.

The company's inventive devices couldn't keep up with the industry's giants. It will now focus on growth areas such as AI and robotics
News & Fox
5 months ago
Next Article