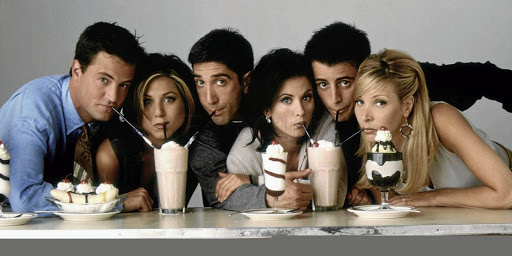 The producers of the much-awaited reunion episode of hit 1990s sitcom Friends have been slammed for not including any black celebrities in its guest lineup. The once-off episode is to be aired on HBO Max on May 27. While featuring the original cast as well as several actors who appeared on the show, such as Tom Selleck and Maggie Wheeler, the lineup includes 30 celebs, among them Lady Gaga, David Beckham, Justin Bieber, Kit Harington, K-pop band BTS and Afghan rights activist Malala Yousafzai. "I see that Friends reunion has the same number of Black folks as the original show. Consistency I guess?" said one Twitter user. Another: "Friends reunion! So many new friends! None of ’em Black!"

In the biggest abortion rights battle in 30 years, the US Supreme Court has agreed to hear a case — Dobbs vs Jackson Women’s Health Organisation — concerning a Mississippi law banning abortions after 15 weeks of pregnancy, reports The Economist. Lower courts have blocked the law because it falls foul of the 1973 Roe vs Wade ruling that forbids states from blanket abortion bans before foetal viability (usually around 24 weeks). This will be the first abortion rights case heard by the court since Donald Trump’s nominee Amy Coney Barrett joined, cementing a six-three conservative majority.

US President Joe Biden has announced that the US would send 80-million Covid vaccine doses to other countries by the end of June — 20-million more than previously promised — to speed up global vaccination efforts. Earlier this month, his administration said patents for Covid jabs should be waived so that more countries could produce their own. European leaders were sceptical, arguing that countries should share existing supplies.

Vaccine explainer: when will I get my shot?

A quick guide to the vaccine programme, the procedures involved and how it is supposed to work
National
3 weeks ago