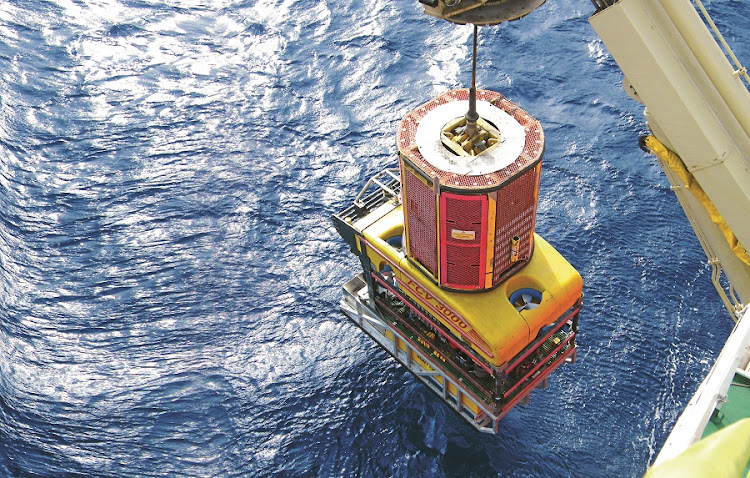 Plumbing the depths: A remotely operated vehicle about to be launched into the ocean to perform exploration work on the sea floor. Picture: Nautilus Minerals

The IMF’s latest World Economic Outlook forecasts a global rebound of 6% this year and 4.4% in 2022, higher than it projected three months ago, partly thanks to the US stimulus and the vaccine rollout. But it’s worth remembering what its MD, Kristalina Georgieva, said recently: that income per person in 2022 will still be 11% lower in advanced economies and 20% down in developing countries.

Aside from bulls, bears, unicorns and black swans, there are five other animal metaphors to spot in a post-Covid financial jungle, writes the BBC’s Dhruti Shah. Lemmings are speculators who follow social media influencers without doing their homework. A grey rhino is a scary beast coming at you so you either get trampled, get out of the way or harness its strength. China wants the country to prepare for grey rhino events by having contingency plans in place. Stags are investors who like to make a quick buck before fleeing. Hamsterkauf is German for hoarding, like a hamster, as did those who stripped supermarkets when Covid began. Vaccines are top of state stockpiling lists. The last is wolf warrior — as in the way China hit back in trade wars with Australia and the US.

It used to be only environmentalists who objected to plans to mine metals from the sea. Now BMW, Volvo, Google and Samsung are lending their weight to calls for a moratorium on such proposals, reports the BBC. The move has been criticised by firms behind the deep sea mining plans, who say extracting billions of potato-sized rocks called nodules from the ocean bed is more sustainable in the sea than on land. Many contain cobalt and other metals needed to power electric vehicles. BMW is supporting the World Wide Fund for Nature’s call for a moratorium until more is understood, because of the "fear that everything we do down there could have irreversible consequences" for the food chain.

Allocation of SDRs is heavily skewed towards the bigger and richer countries, but the increase will be good for SA
World
1 week ago
Next Article

Absa CEO Daniel Mminele to step down from role