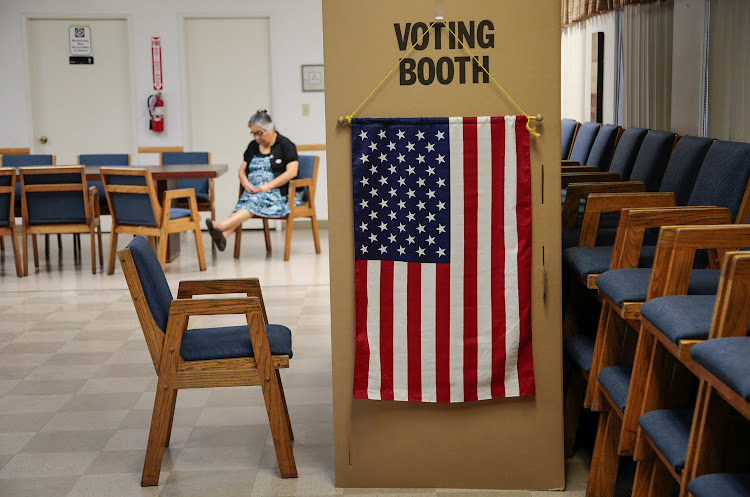 A voter waits for her party to cast their midterm election ballots at the Sisters of The Company of Mary in Tustin, California, US on November 6, 2018. Picture: REUTERS/KYLE GRILLOT

Officials in California have sent cease-and-desist orders to Republican leaders in the state demanding the removal of "unofficial, unauthorised" ballot collection boxes placed by the party in violation of electoral law. However, Republicans — who admitted to placing ballot drop boxes all over the state — vowed to defy orders to remove them. Republicans have consistently attacked absentee and mail-in voting, saying it gives rise to fraud. However, given that voters may want to avoid potentially crowded polling stations on election day because of the coronavirus, more citizens are expected to opt for mail-in votes during this election.

The Chinese coastal city of Qingdao will test all its 9-million residents for Covid-19, authorities said, after a dozen new cases of local transmission were reported. China has been largely coronavirus free since August, with all its cases imported from elsewhere. The new outbreak took place at a chest hospital treating imported infections. The hospital has been placed on lockdown, with 114,862 staff and patients having tested negative.

Qingdao is home to beaches and is popular with tourists, raising fears of a potential spike in cases related to holidays.

Kenya has opened schools for the first time in six months following a complete closure — a measure introduced to slow the spread of Covid-19. Children in grades 4, 8 and 12 returned to class this week. The halt to schooling has been accompanied with rising reports of violence against children, child marriage and instances of child pregnancy. High inequality means most families have been unable to participate in remote schooling. And 1.6-million children who rely on school meals have been without them.

Market volatility is, well, volatile heading up to the US elections

The pandemic has taken a toll on Africa — but it also offers the opportunity for a wide-ranging reset in terms of political consciousness as well as ...
Features
9 months ago
Next Article