One port to rule all devices 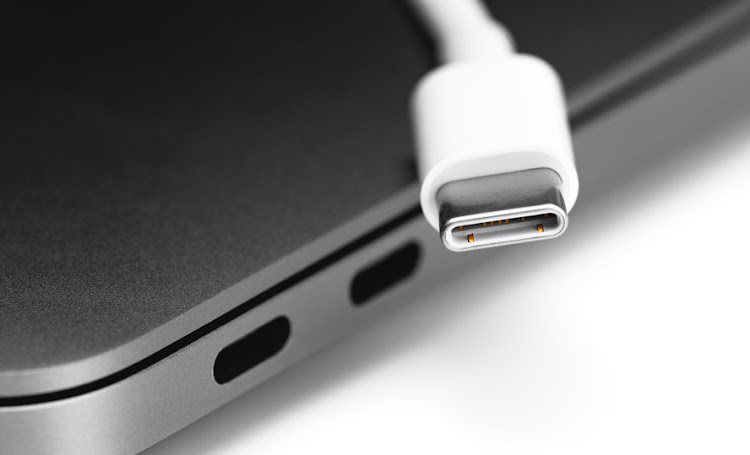 Will your next iPhone have a USB-C port instead of Apple’s proprietary Lightning cable? It seems likely, given the landmark ruling by the EU to force all gadget makers to use this new universal port by the end of 2024.

With this legislation in place, Apple has no choice but to sell iPhones in Europe with the newer, better, faster USB-C port. As it already uses this standard for its laptops and iPad Pro tablets, it seems highly unlikely that it would have two different ports for Europe and the rest of the world.

It’s about time. Having different cables for different devices is a pain. It’s become less of a pain over the years as standards have shifted to more universal cables — originally the thinner micro-USB charger, which was triumphantly announced in 2009 as the new default for all phones except Apple.

But USB-C has taken this to the next level, because it does it all: transmits power, sends video and audio signals and transfers data. All at the same time. And it’s reversible, so it doesn’t matter which way you plug it in. Hallelujah.

The now old-fashioned square USB plug will henceforth be known by its technical definition, USB-A. If you want to know, USB-B is that flat, wider cable used for external hard drives — but even that is slowly being replaced by USB-C.

It’s the one port to rule them all, the geek in me wants to proclaim.

The only holdout in smartphone manufacturers has been Apple, which uses its own Lightning adapter for iPhones and accessories like AirPods, Bluetooth keyboards and trackpads, and Apple TV remotes.

It seems unlikely that Apple will keep those stuck in a separate cable universe, given the determination of Brussels bureaucrats to rid the EU of e-waste and unnecessary extra cables. It makes sense for Apple, which has mastered simplicity.

The EU estimates that unused chargers create 11,000t of e-waste a year

But as longtime Apple commentator Mark Gurman pointed out when Apple launched a new MagSafe connector for its laptops last August: “It’s time for Apple to fix its confusing device charger strategy.”

Apple fans who own an iPhone, an iPad Pro, an Apple Watch and the latest MacBook laptops will be using four different charging cables. “For a company that prides itself on simplicity and making all of its technology work seamlessly together, that is an anomaly,” the Bloomberg columnist wrote.

This MagSafe 3 charger was a weird step backwards for Apple, which has been using USB-C since the 12-inch MacBook was launched in 2015. Until then Apple’s laptops used MagSafe 1 and MagSafe 2 — clever little magnetic clip-on chargers that easily disconnected when someone accidentally trod on the charging cable. Almost every laptop user knows someone who has seen their screen shattered or their corner dented from this inevitable issue.

You can still charge the latest MacBooks with USB-C, thankfully, but the Apple Watch (like all smartwatches) has a dedicated circular charging pad.

This EU’s insistence on a single universal cable for all consumer electronic devices is a triumph for consumers, especially iPhone owners, who will no longer have to buy the more expensive Lightning cables.

It will also open up the Apple accessories market in a way Apple won’t be happy about. In a triumphant press release when the new regulations were adopted in June, the EU wrote: “Mobile phones, tablets, e-readers, earbuds, digital cameras, headphones and headsets, hand-held video game consoles and portable speakers that are rechargeable via a wired cable will have to be equipped with a USB type-C port, regardless of their manufacturer.”

It’s cold comfort for me, having bought a bunch of new Apple keyboards and trackpads, but I now have enough Lightning cables to last me a few years.

This shift will lessen Apple’s control over the iPhone accessories marketplace. Apple forces accessory makers to pay a royalty to use the Lightning connector and they must partake in a stringent approval process. USB-C is a standard used by many consumer device makers, including most Android phone manufacturers, making it less likely that Apple will be able to exert its usual level of control.

The EU says its new obligations will be enforced from late 2024. This “will lead to more reuse of chargers and will help consumers save up to €250m a year on unnecessary charger purchases”.  The EU estimates that disposed-of and unused chargers create 11,000t of e-waste a year.

The unexpected marketing winner in this situation is Apple’s rival Samsung, which was an early adopter of the micro-USB cable and USB-C. Most SA consumers call both of these “Samsung cables”. Apple is certainly not going to like that either.