How AI is saving food waste 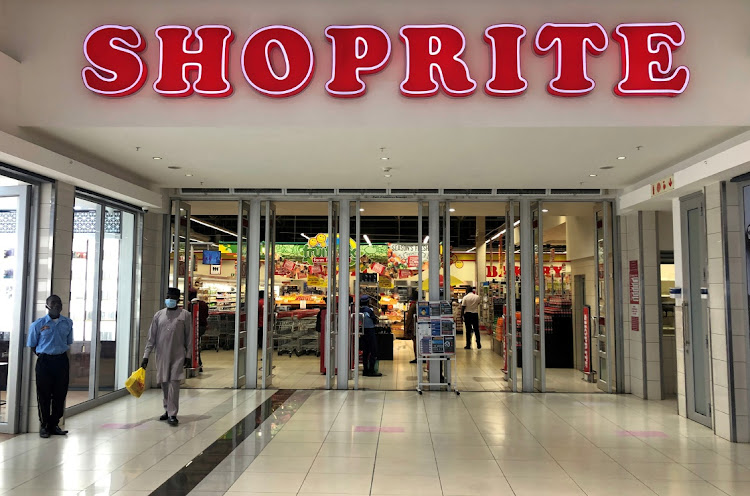 As much as 34.3% of local food production in SA is being lost or wasted, says the Council for Scientific & Industrial Research (CSIR). Factoring in that SA is a net exporter of food, this climbs to 45% of the available food supply (production plus imports less exports), it found in a May 2021 survey. That’s 10.3Mt of food a year that never ends up feeding people.

“The majority of the losses and waste [49%] are incurred in the processing and packaging stage of the value chain. This is also the stage where the most value is added,” writes Prof Suzan Oelofse, the study’s principal researcher.

“The most significant difference between the 2013 and 2021 studies was found to be in the consumption stage, where food waste increased from 5% to 18%.” Reading between the lines, that is when Eskom’s rolling blackouts became more severe and the likelihood of fridges and freezers failing is high, though this is an anecdotal assumption.

For a national retail chain, that can be a lot of wastage.

The best way to prevent food waste is to stop it before it happens, Shoprite’s sustainability manager Sanjeev Raghubir tells the FM. To this end, the retailer is using artificial intelligence (AI) and an abundance of common sense.

Using AI and other data analytics, potential food wastage hotspots are optimised. In its delicatessen section alone, Shoprite has been able to bring down waste by 11%.

“Food waste has significant financial, environmental and social implications — more so in a country where 2.5-million people experience hunger weekly,” says Raghubir. It also results in water, energy, land, labour and capital being wasted, as well as causing greenhouse gases (such as methane) from putting food into landfills,” says Raghubir.

Using AI and other data analytics, potential food wastage hotspots are optimised. In its delicatessen section alone, Shoprite has been able to bring down waste by 11%

“Waste occurs across the supply chain, from farm to fork. It is a complex issue. Reducing waste at the source of the retail process is the best option, therefore the group has adopted AI and machine learning to optimise its ordering and replenishment processes to reduce surplus food and ultimately food waste.”

Though it has been possible to prevent wastage before, AI has given retailers a much better set of tools to do it. “Customer demand is dynamic and can change quickly, and AI and machine learning enable the group to improve its prediction of sales, and order accordingly. The AI model uses numerous data points that are processed in real time,” says Raghubir.

Though it tries to reduce waste, it does not eliminate it altogether. Shoprite donates 120,000 meals to more than 450 charities every day, it says, often through a direct relationship with its local supermarket, saving time and distribution costs.

Shoprite aims to not send any organic food waste to landfill by 2025, and has found smart alternatives. “Every week the group sends about 44t of food waste, mainly dried goods such as pasta, cereals and flour, to be converted to animal feed,” says Raghubir.

One of those beneficiaries is Farmer Angus, the Stellenbosch farmer whose beef, chicken and pork are free from growth hormones and routine antibiotics. He has won plaudits from SA chefs for the taste and quality of his meat. His pigs eat more than 4t of expired fruit and vegetables from Shoprite’s Cape Town distribution centre every week.

Angus McIntosh was a Goldman Sachs stockbroker in London until he read Michael Pollan’s The Omnivore’s Dilemma. He returned home to SA to become a farmer. The fluent Zulu speaker, who was born in KwaZulu-Natal, started farming on the Spier estate in 2008.

Customer demand is dynamic and can change quickly, and AI and machine learning enables the group to improve its prediction of sales, and order accordingly

“The most significant thing is that food waste, before coming to our pigs, was going to landfill,” McIntosh tells the FM. “It breaks down and emits methane, which turns into a greenhouse gas. It has 24 to 100 times more global warming potential than CO2.”

Even the 904,479l of used cooking oil recovered from its store delis last year is used for industrial applications, including the conversion to biodiesel.

Though Shoprite has all these initiatives, “reducing waste at source, however, remains the top priority”.

This is part of the group’s larger focus on sustainability and combating climate change. Raghubir says that in the past financial year, it recycled 40,327t of cardboard, diverted 8,207t of plastic waste from landfills, and reduced its water use by 6.1%. It has also increased its solar photovoltaic systems by 350% and saved 126-million kWh by replacing incandescent light bulbs with more energy-efficient LED lamps.

AI has been helpful in upgrading the retailer’s efforts to avoid waste, says Raghubir. But, as Farmer Angus sums it up: “It’s a cool story, hey.”

PROFILE: Ursula van Eck is picking up stompies to save the planet