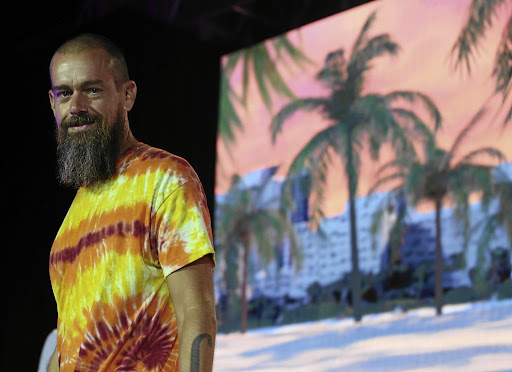 Just days after his mic drop on Twitter, former CEO Jack Dorsey has spurred more online hype by renaming the other business he runs — from Square to Block.

Only in the tech world does a name change constitute news. In most other industries, after the renaming hype has died down, it is seldom referenced again. Not many people call Ninety One "formerly Investec", do they?

But when Facebook tries to dodge bad publicity by rebranding as Meta Platforms, or Google creates a holding company called Alphabet, it remains in the news — for obvious reasons.

Square is different. It isn’t a social media company but the other white-hot kind of booming business: digital payments.

Dorsey co-founded it in 2009 as a way to disrupt the payments industry then (and now) dominated by credit cards.

Instead of requiring a bank-issued point-of-sale terminal to process these cards, Square was literally a square plastic credit card reader that plugged into the headphone jack of an iPhone (initially, before it expanded to Android). Small merchants in the US could use this smart add-on to accept payments through their smartphones. It was a stratagem that opened up a juicy new revenue opportunity for the Twitter co-founder’s fledgling business.

A decade later, now that most smartphones have dropped the headphone jack and the payments industry is rapidly outgrowing the once dominant credit card, Square wants to be more. It wants to capitalise on the huge blockchain opportunity that is opening up.

The blockchain, from which Block gets its new name, is a powerful way of processing transactions — and has been the driving technology behind innumerable new services. Dorsey is a blockchain and cryptocurrency believer, and has been promoting these technologies for years. The only description on his Twitter profile is "#bitcoin".

Though he brought in a crypto-focused team at Twitter, the idea reportedly didn’t gel with CFO Ned Segal, who told The Wall Street Journal that bitcoin was too volatile. "We [would] have to change our investment policy and choose to own assets that are more volatile," Segal said.

Square, meanwhile, famously bought $50m in bitcoin last year in October and doubled down with a further $170m in February.

Of the name change, Dorsey said: "We built the Square brand for our seller business, which is where it belongs. Block is a new name, but our purpose of economic empowerment remains the same. No matter how we grow or change, we will continue to build tools to help increase access to the economy."

The holding company’s name change "acknowledges the company’s growth" while it "creates room for further growth", said Dorsey, who resigned as Twitter CEO in November.

Dorsey must be relieved to no longer be CEO of the two firms, which he has been doing since 2015 — albeit in a famously hands-off way. In 2019, after a crypto-themed trip to African innovation hotspots in West and East Africa, he said he wanted to spend six months a year here — a plan that was curtailed, seemingly, by angry investors and Covid lockdowns.

Square, now Block, has built up an interesting array of offerings. Its principal Square business will remain unchanged, as will its lay-by service Afterpay, payment service Cash App and the Tidal music streaming service it bought from Jay-Z. Its bitcoin crypto business, called TBD54566975, also keeps its "easy to pronounce" name.

But Square Crypto, which is "dedicated to advancing bitcoin", will be renamed Spiral.

Square tweeted: "We’ve been working to make this change for over a year and it only represents a change of our official corporate name — not our purpose, our vision, our structure, or how we operate."

It will retain its Wall Street ticker, SQ — something I have always found amusing, given that those two letters appear on expensive menus to warn customers about outrageously priced items.

Clearly poking fun at Facebook’s rebranding to Meta, Square tweeted: "Not to get all meta on you … but we’re going to! ‘Block’ references the neighbourhood blocks where we find our sellers, a blockchain, block parties full of music, obstacles to overcome, a section of code, building blocks and, of course, tungsten cubes."

Sophia the Robot is also jumping on the crypto-art bandwagon, and SA artist White on Rice recently sold his first NFT, or Nifty, on OpenSea.io
News & Fox
1 year ago

‘Twitter has lagged behind peers as social media has evolved, both on the product side as well as advertising infrastructure’
News
8 months ago
Next Article