Coming home to SA with a made-in-Scotland plan 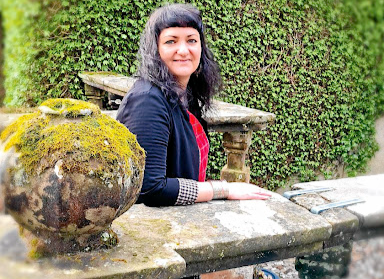 Michelle Milnes’s digital innovations were pivotal to reinventing property advertising in Scotland 10 years ago. And despite pandemic-induced challenges, the SA-born entrepreneur has decided the time is ripe to bring her cutting-edge, digital marketing offering to SA. She believes her company, Property Studios, will to help local real estate players boost sales by taking physical spaces into the virtual world.

Milnes’s foray into proptech began 15 years ago. At the time, while travelling around the world, a keen interest in tracing her ancestral history brought Milnes (nee Cillié) to Scotland. The family’s ties with the country dated to early in the last century when her great-grandfather, who came from Wellington, studied medicine at the University of Edinburgh.

Though Milnes — who, as a publicist, counted Johnny Clegg among her clients — never intended to make Scotland her home, she fell in love with the country’s rich cultural heritage.

So she stayed on and accepted a short-term contract as PR and media liaison for a local restaurant and hotel owner. A few months later, Milnes by chance landed a position as a recruitment agent for the corporate banking industry. "I had never earned so much money in my life. But it was awful. There was nothing creative about my job."

She decided to take a substantial pay cut and went to work in the property division of a Scottish legal firm, photographing and marketing residential properties.

Given that homes in Scotland are sold through solicitors, it was a rather staid process. "I was struck by how poorly homes, the most expensive asset that most people will ever sell, were marketed."

Milnes tapped into her design, media and marketing background and started to use digital tools to promote the firm’s property inventory in a more creative way.

The company gained a huge competitive advantage in the process and within two years Milnes found herself on the board of what had become one of the biggest solicitor firms in Scotland.

In 2014, she decided to go solo. She set up her own creative marketing agency, Property Studios, initially as a two-person operation. The company has since grown to a team of more than 50 with an annual turnover approaching £850,000. Over the past seven years Milnes has invested heavily in technology to offer clients hi-tech tools and virtual tours to market properties to an increasingly sophisticated pool of global buyers.

Milnes’s achievement with Property Studios has been recognised with a string of accolades. The company recently won the Association of Scottish Businesswomen’s 2021 high-growth business of the year award. In addition, Scottish news platform Business Insider rated Milnes third among its Top 20 Women to Watch.

But Milnes isn’t resting on her laurels and plans to expand the Property Studios business to Australia and Ethiopia. The rapid adoption of virtual communication during the pandemic has created the ideal opportunity to introduce the marketing model to her home country. She reckons SA’s real estate industry is ripe for a digital solution that can help local players grow market share at a time when the SA market is becoming increasingly tech-savvy.

"Our focus on virtual technology has proved prescient, as the advent of Covid-19 has made online viewings the norm for many potential buyers, especially at the early stages of the property selection process." Milnes says SA’s housing market offers exciting growth opportunities, especially at the higher end as appetite among international investors starts to recover on the back of the easing of Covid-related travel restrictions.

Semigration from upcountry buyers looking to move to coastal areas will further underpin housing demand in SA. "It also feels good to be doing business in my homeland again, especially with a strong product that’s proved itself in a market as competitive as the UK."

Milnes lives in Kinross, about 30km northwest of Edinburgh, with her Scottish-born husband and four-year-old son.

Go-getter runs a company where the goal is to help road-accident victims get top-class treatment, even without medical cover
News & Fox
2 months ago

Tech-savvy and agile: how a small but profitable online retailer moves 600,000 fashion items a year
News & Fox
3 months ago

EDITORIAL: Blame politicians, not scientists, for ...