The rise and rise of open-source software

The benefits of open-source software include steadily changing the world, one source code at a time 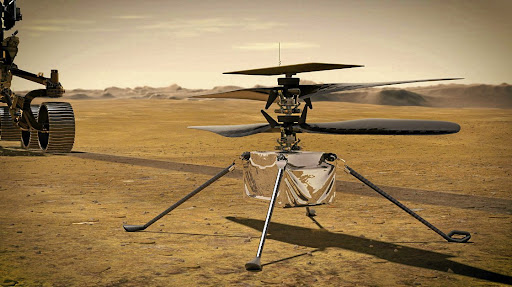 Earlier this year, a small robotic helicopter made history by becoming the first aircraft to operate on a planet other than Earth. The helicopter, called Ingenuity, managed to take off vertically, then hover and land on Mars, as part of Nasa’s Mars 2020 mission.

Being the only helicopter on Mars, it could continuously outperform itself and on its ninth flight over the Jezero Crater, it broke records for flight duration, cruise speed and distance.

But what was truly remarkable about Ingenuity is that it was powered by a free, open-source flight software called F Prime, created by Nasa.

Open-source technology, by definition, allows anyone to freely use, edit, modify and redistribute the source code of a piece of software. This modification and redistribution means developers build upon each other’s work.

Some open-source software is free to use. Other benefits include larger developer teams (compared with commercial software teams), which makes it more likely to be secure and bug-free.

Back in 2014, Elon Musk said Tesla would "not initiate patent lawsuits against anyone who, in good faith, wants to use our technology". He added: "We believe that applying the open-source philosophy to our patents will strengthen rather than diminish Tesla’s position in this regard."

Not all big tech firms have adopted such a democratic stance. Just last year, Microsoft (which once considered open-source creators and users to be thieves) admitted it was wrong. The company’s president, Brad Smith, said it had been "on the wrong side of history when open source exploded at the beginning of the century". And who could forget Steve Ballmer’s infamous take in 2001, about Linux being "a cancer that attaches itself in an intellectual property sense to everything it touches".

Microsoft has come a long way and is now the largest contributor to open-source projects globally, when measured by employees who actively contribute on GitHub. The site has more than 200-million repositories, 65-million developers and 3-million organisations.

Paul Cormier, CEO of software giant and open-source operator Red Hat, says: "Open source has solidified itself as an innovative engine for the software industry." The company was bought by IBM in 2019 for $34bn, in what is regarded as the largest software acquisition in history.

"The move to remote working forced many organisations to accelerate their digital transformation efforts," says Cormier. So it makes sense that open-source is playing a bigger role.

The top three areas in which it is being used are networking, database management and security. Participants say the biggest benefit is higher-quality software, followed closely by access to the latest innovations and better security.

However, the perceived barriers — which were highlighted in previous reports — remain the same: concerns about the level of support, compatibility, code security, and lack of internal skills.

Skills have particularly been highlighted as a problem.

Red Hat’s GM for Sub-Saharan Africa, Dion Harvey, says the firm continues to view a shortage of skills as a key inhibitor. 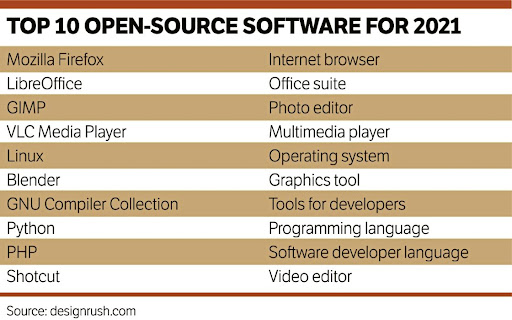 "In the same breath we have both a barrier and a new opportunity for reinvention as the way in which enterprises consume technology changes," says Harvey.

"In Africa, the socioeconomic, technological, and educational impacts of open source have yet to have as profound an effect as they have in other parts of the world."

Turning to open banking, Harvey says: "Open banking is already a reality today, and it continues to evolve. It focuses on open source, open data, and open programming interfaces, as a means of fostering open innovation.

"I foresee open source continuing to play a big role in how open banking continues to develop and define the ways financial institutions [structure] their information technology as they take this principle to the next level."

World Wide Worx CEO Arthur Goldstuck says open-source software has already changed the world and will continue to do so.

"The fact that it has been so fully embraced by the pioneer of proprietary software, IBM, through its acquisition of Red Hat, tells us how it has become part of the fabric of technology. The best example is Android, which is available in an open-source version to any manufacturer. Even Microsoft CEO Satya Nadella has endorsed it.

"The thinking behind it had also been a philosophical inspiration for open banking, which is likely to transform financial services, and blockchain, which is reinventing the concept of the contract as well as authentication."

Harvey believes the future of open source is strong. "As for Red Hat, we will continue to bring enterprise-ready open-source software to the market as demand rises. What is key – and once again a part of open thinking, so that we do so by continually building on the ecosystem – is the community around us. This ensures local knowledge and skills at a scale we could never do on our own."

Watch this space: the smart way to pay

Leave your wallet and cards behind: this is how I used my smartwatch and a virtual card to make a payment
News & Fox
1 year ago

Private and confidential: leak that data at your peril