There’s still a debate around privacy and transparency, with worries around how companies and the government will use data 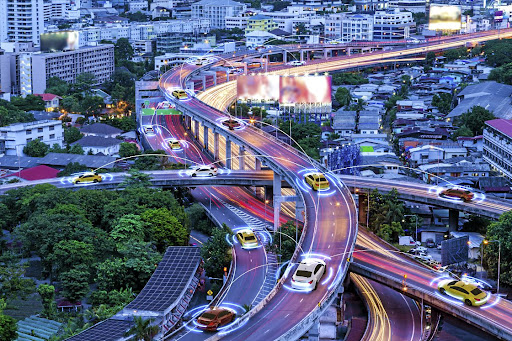 Now the SA National Roads Agency Ltd (Sanral) hopes AI can help it improve the efficiency of its network, in terms of safety and limiting the economic costs of congestion.

Apart from the fact that at least 12,000 people die on SA’s roads every year, the Road Traffic Management Corp estimates that crashes cost the country R170bn in 2019 alone, or R820bn since 2015.

SA has a total road network, gravel included, of almost 750,000km. While Sanral manages only 22,000km, it includes the main national routes that carry up to a third of all traffic and up to 80% of long-distance freight.

With the help of machine learning (a form of AI), Sanral hopes to respond faster to incidents. This should help minimise the disruption to traffic flow, says Ruan van Breda, a mechatronics engineer at Sanral’s technical innovation hub.

This is opposed to the current system, where a human is responsible for identifying an incident — crash, veld fire, stationary vehicle or foreign object — by monitoring the roughly 250 cameras on the network. The process from detection to dispatch takes several minutes, even without mistakes. With AI, Sanral could run algorithms on these cameras and automatically detect an incident. While the accuracy might not be 100%, Van Breda says it is better to have some false positives and have an operator verify the information.

Such a system would require a vast amount of data to be accurate, says Benjamin Rosman, director of the School of Computer Science & Applied Mathematics at Wits University. Rosman says machine learning systems study thousands of images — accidents, for example — to learn how to identify them.

That is one of the benefits of the Freeway Management System that has been monitoring the busiest 520km of roads in the biggest metros, carrying about 100,000 vehicles a day, for over a decade, says Van Breda. "We have an incredibly rich and well-conditioned set of data with a large number of incidents."

The potential abuse and security of the database where these incidents are stored are among experts’ main concerns.

"We need assurances that the data is stored and used legally," says Rosman.

While many large entities in SA have suffered cyberattacks, from Liberty to most recently Transnet, Sanral has taken several measures to protect its systems, says Van Breda. It adheres to legislative requirements — such as the Protection of Personal Information Act (Popia) — as a minimum.

He says edge computing allows Sanral to blur objects such as faces to ensure that information is excluded from the raw footage. There are cases where this information may be necessary, such as automatic numberplate recognition to determine average speed.

"That data is not used to track individuals to their home," says Van Breda. "It is used to enforce speed in a small area."

AI could improve the effectiveness of Sanral’s system significantly, says Danielle du Plessis, MD at DDP Attorneys. She says that if the data is anonymous to the extent that it cannot be re-identified, Popia is not applicable.

Where that is not the case, Sanral would have to explain not just how and when it uses AI or secures the data, but the data subjects should have access to it, says Emma Ruttkamp-Bloem, head of philosophy at the University of Pretoria.

Van Breda says Sanral is not interested in facial recognition systems as in China.

However, the government’s draft policy on data and the cloud mentions integration, referring to, among others, Eskom, Sanral, Transnet and the Passenger Rail Agency of SA, but fails to provide any specifics.

That is why Ruttkamp-Bloem says Popia alone will not fully protect South Africans.

"In SA it’s really dangerous because we don’t know what data the government has about us yet, because we’ve never been told," says Ruttkamp-Bloem.

She adds that without proper regulation, companies and the government could easily collect data without asking permission or even informing the public.

Du Plessis is concerned that SA’s regulatory framework cannot catch up with technological advances. And even where appropriate regulations exist, what assurance do citizens have that they are adhered to?

Technically, Sanral could deploy machine learning before Christmas, says Van Breda. But due to the concerns and risks, and to avoid similar resistance seen with e-tolls, Sanral has become significantly more sensitive to the public’s views. "You want to find solutions that people want to use and are happy with and also understand that — especially in such a sensitive case — it is not about violating people’s privacy," says Van Breda.

He says AI has the potential to improve road safety even beyond Sanral’s network. The system may eventually predict possible disruptions based on historical data, such as weather patterns, past incidents, or times of day. Van Breda says the data could help determine which section of a road contributes the most to congestion — such as an intersection — informing infrastructure planners.

Ruttkamp-Bloem says there will always be tension between security and privacy, and privacy and transparency, and it is up to the affected parties to find a balance.

Sanral encourages the discussion around AI, says Van Breda, and "we as the SA public will have to decide whether we want to embrace this kind of technology or not".

JOHAN STEYN: Embrace AI to speak to your customers