Social media use and advertising are changing, and the platform, once popular mostly with the young, is using this to its advantage 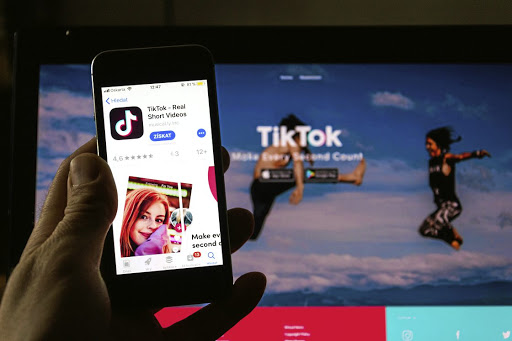 New research confirms that it is expanding faster in this country than any other such platform — and not just among teenagers.

The number of local TikTok users had increased from 5-million to 9-million by the end of 2020, according to the "SA Social Media Landscape Report 2021", released last week by World Wide Worx and Ornico.

The app is used to make videos — dancing, comedy or educational items, for example — that are between 15 seconds and a minute long.

TikTok’s strongest growth over the course of the lockdown has been among black South Africans. Its proportion of black users increased from 44% to 61%.

There was a huge increase in brands making use of paid social media influencers on TikTok, the report says.

TikTok for Business recently entered the SA market, to capitalise on its growth in the same way Facebook and Instagram have monetised their large networks.

Scott Thwaites, head of emerging markets at TikTok, tells the FM that brands that have had the most success on the platform from regions outside SA have embraced creativity.

"They are able to start trends, connect communities, bring awareness about critical public service initiatives and [assess] the impact of their campaigns," says Thwaites.

"On no other platform do users become so engaged and inspired by a marketing campaign that they create their own version of it."

The online advertising market is changing in ways that will benefit TikTok. 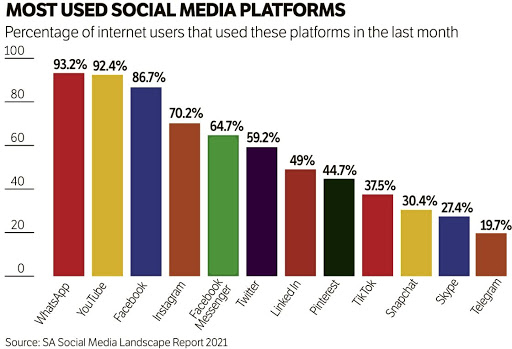 Google and Apple have altered their cookie policies to prevent third parties from tracking user activity with the intention of personalising ads. The recent release of iOS 14.5 comes with Apple’s new anti-app tracking feature that makes users opt in explicitly if they want to be tracked, and early stats from the Flurry Analytics platform show that 96% of US consumers opted out. Only 12% opted in globally.

Google has taken a different approach; it will target groups of people with similar interests instead of tracking individuals.

When you throw ad blockers into the mix, it’s clear the online ad industry will have to find new ways to reach audiences as privacy takes centre stage.

This is where Thwaites says TikTok can fill the gaps.

Wavemaker SA performance lead Lerato Modisakeng says TikTok has expanded its reach among audiences outside the Generation Z cohort — those aged from six to 24.

"TikTok’s algorithm, as well as its video-first and audio-on approach to content, is changing the way audiences engage with social platforms," says Modisakeng. "When it comes to time spent on mobile, TikTok might be eating into the shares of Instagram and Facebook, and it’s seeing users shifting to it from YouTube."

Wavemaker has implemented various campaigns for clients on TikTok in SA.

"It’s crucial for marketers to understand that TikTok is unlike other platforms," the company says. Brands can’t simply repurpose their material. Instead, they need to engage with TikTok users in creative and different ways.

Consumers themselves have also changed their expectations. Thwaites says they have high expectations of brands, especially when it comes to social, environmental and political issues.

"The rise of conscious consumerism, and the pandemic, acted as catalysts for the shift to purpose-led marketing and authentic storytelling," he says.

Now that TikTok for Business is in SA, advertisers will be able to use the network in different ways, says Thwaites. This includes full-screen takeovers when users open the app and in-feed ads.

Other options include partnerships with content creators and influencers.

He tells the FM: "I did not join TikTok to make money; it was not something I ever considered."

While he prefers not to disclose the amount he has made, he calls it a "fun side hustle".

But, he adds, "I am seriously thinking about making it a primary income source. I seem to get the most engagement when posting between 6pm and 8pm. I work at a full-time job, and luckily this timing works well for me."

He says that about 83% of his followers are from SA. "Building a following and seeing the happiness and joy in entertaining people is awesome," he says.

"I spend most of my time on TikTok and one other social media platform."

Globally, use of the social media and video sharing platform TikTok has doubled in the past year and brands are paying attention. While the trend has ...
News & Insights
6 months ago
Next Article