Sophia the Robot is also jumping on the crypto-art bandwagon, and SA artist White on Rice recently sold his first NFT, or Nifty, on OpenSea.io 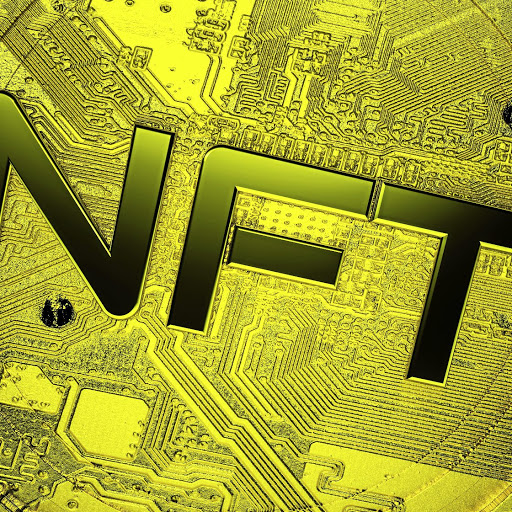 The digital art world has been making headlines recently with a new craze that is raking in millions of dollars.

A digital artist called Beeple sold an NFT of his work, a collage called Everydays: The First 5,000 Days for a record $69m at a Christie’s auction on March 11.

It was the first digital-only piece offered by the prestigious auction house. And its unprecedented sale price makes Beeple one of the top three "most valuable living artists" — not bad, considering the most he’d sold a piece for before that was $100.

The shutdown of art galleries during the pandemic has opened the door to digital art, an expert told the BBC.

An NFT — or nonfungible token — is a digital file with a unique identity that sits on the tamper-resistant blockchain. The art work, which is on a screen, cannot be hung on a wall and anyone can look at it freely or copy it. It is a one-of-a-kind crypto asset that is not interchangeable and therefore cannot be traded in multiple copies, hence "nonfungible". (In economics, a fungible item, such as a bond or a commodity, can be easily exchanged or traded for something else of the same type and value.)

Anything digital — jpegs, songs, GIFs, videos or even tweets — can be sold as an NFT.

Twitter cofounder and CEO Jack Dorsey is selling his first-ever tweet "just setting up my twttr" (posted on March 21, 2006) as an NFT. Bidding closed on March 21 — it was sold for the equivalent of $2.9m.

Also jumping on the bandwagon is Sophia the Robot, the world’s first robot citizen and UN ambassador, who will be auctioning off NFT digital artworks via Nifty Gateway, the world’s largest NFT marketplace.

Curated by a Los Angeles-based art gallery, IV Gallery, the pieces are a first-of-a-kind collaboration between an AI and a human: Sophia and artist Andrea Bonaceto. Bidding opened on March 23.

Sophia’s creator, David Hanson, says he created Sophia both as a work of art and an AI development platform, and her intelligence is a collective of algorithms and humans working together like a hive. 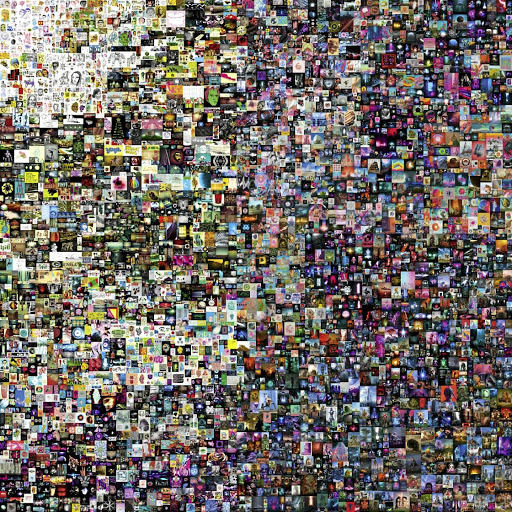 "For this show, Sophia created the art entirely using neural networks and symbolic AI, responding to her perception of Bonaceto’s works, as well as to data from her ‘life’ experiences, under the guidance of the Sophia team’s designers and programmers," he says.

SA artist Ross Symons, known as "White on Rice", recently sold his first NFT on Opensea.io – a piece called The Ether Bunny — for 0.08 ether, the equivalent of R2,100. "When I first saw Beeple’s work being put on the blockchain and then auctioned off, I thought ‘Ok, this looks like fun. I should give it a try’."

Symons first heard about NFTs, or "Nifties", early in 2020. As a web developer and artist, he was keen to create something using blockchain technology after being inspired by Beeple "to see how far this digital rabbit hole goes".

"I’ve always wondered how digital artists could display their work in an alternative way but also get paid, which would normally be put up on social media in hopes someone sees it, but now that is all changing."

Digital art is being recognised as a legitimate art form and that means the artist will be able to make more money, says Symons.

"As an artist or creator, you can set up an NFT so that you get a percentage on all resales of the piece you’ve created, which is a new concept in the art world. Also, the innovation and creativity happening in this space will bring new and interesting forms of art and revenue to creators and artists. For me, that’s exciting."

SA generally takes a while to adopt new "waves", and Symons says it won’t be any different with digital art ownership.

"It’s new and rather expensive to create an NFT but that will adjust over time, like most new technologies," he says. "But I do think that the younger generation — with a bit of disposable income — are definitely going to catch on soon, if they haven’t already."

Symons explains you need to "mint" your digital creation — a process of becoming part of the blockchain, and have a digital wallet that holds cryptocurrency.

Ethereum is the most popular cryptocurrency for NFTs.

Minting an NFT can be quite expensive as there is a cost to process it, he says. "It cost me roughly R1,500 to create the collection and post my first NFT – there is only a charge when you intend to sell an NFT – and then there are some additional charges depending on the traffic on the blockchain at the time."

Symons has four NFTs he is working on and will release them individually via his Instagram account @white_onrice, which will be available to purchase at a set price. Dragon Drop is the next piece that will go on sale.

Fatima Cassim, senior lecturer in information design at the University of Pretoria, says NFTs democratise art beyond the traditional art circuit. "There’s no entry barrier beyond technical expertise, and crypto-artists’ visibility is not hindered by location or institutions, which is significant in light of challenges posed by the pandemic.

"However, there’s definitely nuance beyond the hype," says Cassim. "While NFTs may reduce art fraud, the current lack of regulation highlights an ethical question of tokenising someone else’s work.

"I’m uncertain if students will be encouraged to participate, but it’s necessary to educate them about NFTs so they can make informed decisions about this burgeoning, seemingly lucrative market."

The latest tech and investing craze is good news for artists, however odd the idea of owning easily replicated digi-art
Opinion
6 months ago