SA-based auto companies are slowly gearing up for electric vehicles, and order books for some cars will open in a month 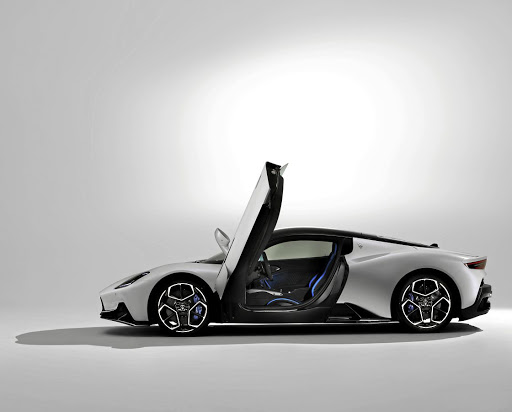 The SA automotive industry was one of the hardest hit by the lockdown, which brought the local production of vehicles to a halt.

Mikel Mabasa, CEO of the National Association of Automobile Manufacturers of SA (Naamsa), said recently that there were encouraging signs during the last three months of 2020 as sales to the car rental industry increased while the lockdown eased.

Mabasa also referred to another development: that of electric vehicles (EV). He said sales of these are forecast to exceed those of internal combustion engine vehicles by 2038.

"Considering that three out of every four SA-manufactured vehicles are destined for the EU, the evolution and advancement of electromobility in SA needs to be accelerated," he said.

The process was kick-started in late 2018 by Jaguar Land Rover, which spent R30m rolling out charging stations around the country. Apart from dealership charging stations, the company created the "Jaguar Powerway" along the N1, the N2 and the N3 that allows drivers to make trips between Joburg and Durban or Cape Town via the Garden Route and Gqeberha (formerly Port Elizabeth).

The locations of the charging stations were chosen to allow the Jaguar I-Pace with its 470km range to recharge along the way. All EVs that come to the SA market use a Type-2 charging connector, and they can therefore all use these stations.

A total of 82 charging stations are available at 30 dealerships of the company and at 30 shopping centres, while 22 are along SA’s national roads.

Meanwhile, Steffen Knapp, head of Volkswagen passenger cars in SA, says the company has brought a test fleet of e-Golf vehicles to analyse customer demand and the necessary set-up.

He says that before electric mobility can be turned into a clean and sustainable form of transportation in SA, "various infrastructural developments need to be addressed — including the charging eco-system."

He says the company is convinced that SA will form part of its electrification strategy in the future, as it sees electrification as the way to reach its global commitment to become CO² neutral by 2050.

VW’s sister brand, Audi, says it is planning to bring its first EV, the e-tron GT, into the country by the first or second quarter of 2022. It hopes to open order books by the end of this year.

Ahead of that timeline is the introduction of Volvo’s first EV into the local market. The Swedish luxury automaker has announced that its first all-electric car, the Volvo XC40 Recharge, will be launched in SA in the second half of 2021, with order books opening in April.

The vehicle has a 78kWh battery with a range of up to 418km and will charge to 80% in 40 minutes with a fast charger.

The company says the absence of an internal combustion engine frees space for an additional 30l storage trunk under the front bonnet — or "frunk" — while the placement of the batteries under the centre of the car means space is not compromised elsewhere.

The car is also one of the first to run on Google software. It pairs voice commands from Google Assistant with navigation on Google Maps, using the most up-to-date live traffic info on any vehicle without having to pair with a smartphone.

Volvo SA MD Greg Maruszewski says the impact of the lockdown has not delayed the company’s timelines. "There was a delay in bringing the [car] to markets outside Europe, but that was due mainly to the huge demand in Europe and the need to deliver as many EVs there as possible to maximise the benefits generated by CO² emission targets last year."

Car sales in SA shrank, which makes running a sustainable dealer network more challenging, says Maruszewski, "but we are fortunate to have grown in terms of the share of the segments we compete in, which offset some of the volume decreases".

Volvo plans to roll out EV chargers to all its dealerships by the end of 2021, but customers can use home chargers or public stations, as the XC40 will be compatible with the existing network countrywide.

"Volvo Cars will launch a fully electric car every year, as we look to make all-electric cars 50% of global sales by 2025, with the rest hybrids. Recharge will be the overarching name for all chargeable Volvos with a fully electric and plug-in hybrid powertrain," Maruszewski explains.

Maserati SA also introduced the Ghibli Hybrid in February, which will be followed by its first-ever EV, the MC20, at the end of this year.

Switch on to EVs now - or lose out

On the other hand, used-vehicle sales are flying – but even here, stock availability is an issue, thanks to Covid lockdowns
Opinion
1 month ago

The almost R16bn investment in hi-tech upgrades is largely for automated facilities at the Silverton, Pretoria, plant for the next generation of ...
Business
1 month ago
Next Article