Naeemah Abrahams and the secret to defeating evil — do something

In the hospitals of 1980s SA, Naeemah Abrahams saw how often women showed up battered and bruised, a phenomenon her colleagues didn’t make much of. Three decades later, she’s one of the researchers turning the tide on gender-based violence 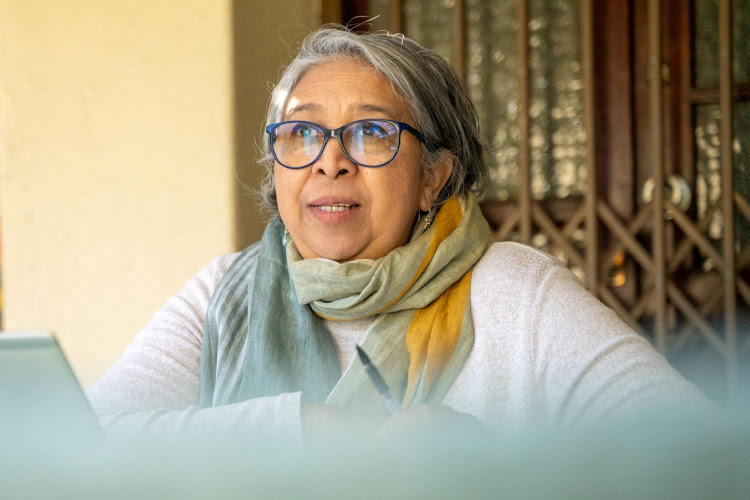 Naeemah Abrahams is the director of the women’s health research team at the SA Medical Research Council, a unit that she helped to set up in the late 1980s. Picture: JAY CABOZ

Before Naeemah Abrahams’s name was attached to more than 90 public health research publications in prestigious academic journals, she worked as a nurse.

She saw things in the hospitals of Cape Town that stiffened her resolve for justice.

There was a certain disdain for the disenfranchised built into the public health system of 1980s SA. She was often left in tears: “I felt like I was not allowed to care.”

Her difficulties as a nurse were compounded by the expectation that she would grow inured to people’s pain, that she, too, would soon practise the contempt that had been inscribed into the system.

She remembers watching patients who came to the hospital drunk be treated with open disdain by health-care workers, who sent them to the back of the line or left them to queue outside in the cold. It weighed heavily on her.

“I realised I didn’t want to be part of a system that tells me that I shouldn’t care about a person because he’s drunk, or because he’s Black,” she says. “I thought, I can’t continue to be a nurse in this system — I’m going to be changed by it.”

So, Abrahams took a break from working in health facilities for a year to pursue a qualification in community health and then returned to work at the Red Cross Children’s Hospital. There, at last, she was allowed to show compassion. She felt like she could indeed care.

By 1989, Cape Town was poised delicately between hope and despair.

The apartheid regime was in its final days. Rumours of political assassinations and detentions were rife. But the promise of change was stubborn.

Abrahams had already been in trouble for her political activism — as a result, municipalities refused to hire her.

For years, the message from the “underground”, from the structures of the banned ANC in exile, was for people to equip themselves with knowledge about epidemiology to ensure that the new state that would be built had a ready bank of expertise. It was from there that she was inspired to take a position as a fieldworker working under the tutelage of a surgeon at the SA Medical Research Council (SAMRC) in Cape Town.

Things were much better in her new role, where she worked as a junior to gender-based violence (GBV) researcher Rachel Jewkes.

At first, the pair had set out to focus on reproductive health and contraception. “We started off with abortion work,” she says.

But there was a troubling pattern emerging in their conversations with women.

This then informed a new trajectory.

Her master’s thesis involved speaking to men about their abuse. In many ways, it was groundbreaking work: few people considered talking to perpetrators at all.

Her journey to finding out from men about how and why they abuse would go on to become the subject of her PhD thesis too.

“I truly believe we became well known as leaders in the field of violence against women globally, having built the field here in SA as well,” she says. “Though our policymakers don’t always take note of us.”

At the heart of an impressive repertoire lies a key finding: men can be engaged about their violence. And a key recommendation to help society stem the violence: believe women.

This is what Abrahams has devoted herself to for more than three decades: assembling and analysing numbers to change the lives of the people behind them. She’s now the director of the women’s health team she joined and helped to establish.

She says: “There is no such thing as GBV research without some kind of activism [built in].”

Progress has often felt achingly slow, Abrahams argues. It’s hard sometimes to believe that violence against women in SA is falling when the news is still full of stories about women assaulted or killed at the hands of their partners.

But change is happening.

Earlier this year, Abrahams and her colleagues released a study showing that femicide — when women are murdered — has declined rapidly and dramatically in SA since the 1990s. Indeed, since 1999, when the unit first started researching the subject, the rate has halved.

“There is good news there,” Abrahams says. “I think we can celebrate a little.”

That kind of understatement is typical for Abrahams, now a PhD scientist and the first woman in her family to finish high school, but who still describes her academic and career trajectory as having been “in the right place at the right time”. 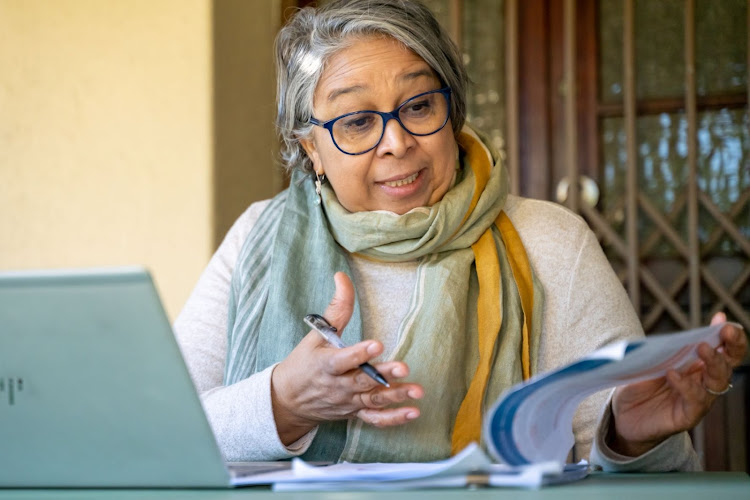 ‘Women get beaten up sometimes. It just happens’

In the background of  Abrahams’s home in Pinelands many, many years later, there are the telltale sounds of a household slowly waking up to a mid-December morning. Abrahams is a mother of two, married to someone she describes as “much cleverer” than her, and she’s devoted to her family.

She’s deeply appreciative of the people who have helped her chart a successful course into epidemiology — it’s all more than she ever thought she would want, more than she dared to imagine she could be. She had thought she just wanted to be a nurse — and even that was quite a feat for a woman from a working-class family in Cape Town.

Sitting in an armchair in the living room now, looking out the glass doors to the small garden beyond, Abrahams breathes deeply. She appears perfectly at ease, content.

But she shudders slightly as the memory of her first job at the SAMRC passes over her.

The job was meant to allow her to be able to do something about the unjust way things were. All the talk was about the new state that would have to be built soon. And health care would be integral to that.

Her supervisor, however, was obsessed with guns.

He would begin every morning regaling her with stories about his gun collection. There was no escape. In the trauma units where she worked, she was surrounded by the lingering effects of gun violence.

“My hate for guns started there”.

Years later, Abrahams would publish papers that show guns play a significant role in violence against women in SA, particularly in the killing of intimate partners.

It was there in and among the victims of gun violence, in her first job as a researcher, that she began taking note of the evidence of violence against women. To most others, it was unremarkable — a phenomenon that was not questioned.

Women get beaten up sometimes. And sometimes, they ended up in the hospital. It just happened and the implications were not widely considered to be worthy of deep reflection, especially by epidemiologists.

“There was this woman with a blue eye that I encountered in the trauma units that nobody inquired about,” she recalls.

Abrahams is pensive — almost as though she’s once more weighed down by that memory.

But she trudged through that job — she never grew to like it — until Salim Abdool Karim, who also worked at the SAMRC at the time, encouraged her to apply for another position.

She wasn’t sure she was suited to the job at all. But she applied anyway. And she got it.

There is good news there. I think we can celebrate a little

Portrait of a modest trailblazer

Abrahams never intended to be a trailblazer. She never paused to think she was breaking barriers.

But attending lectures while pursuing her master’s degree at the University of the Western Cape, with a 10-day old baby, Abrahams was always remarkably different. Until today, she is unaffected by what she’s doing or where she is, no matter how impressive it may be.

Abrahams just gets on with stuff  — if she didn’t go to lectures she would fall behind with her studies, so of course she took her baby with her. She didn’t think anything of it, it was just practical.

And in the knots of grief, worry, illness and isolation that sometimes punctuate our lives, Abrahams is a bulwark of her family and a source of strength, understanding and guidance for her community.

She’s indeed a product of her time.

A product, as well, of place — a city teeming with contradictions; Abrahams is a creation  of the people she’s met along the way.

She hasn’t stopped caring when many others have long grown weary. And, she proves most emphatically — in herself and in her work — that sometimes the only thing necessary for the defeat of evil is for good women to do something.

The government had a plan to build domestic violence care into clinic services more than two decades ago — nothing ever came of it. Researcher Lisa ...
Opinion
2 months ago

In July last year, 31,000 GBV cases were on hold, pending the processing of forensic evidence. By May this year, there were 82,000, according to ...
Opinion
10 months ago

SA is rushing to roll out its first national plan to fight gender-based violence. But as bureaucracy stalls progress, violence continues. And there ...
Features
1 year ago
Next Article