Young South Africans are exposed to lots of liquor advertising, but the two bills which were designed to change this remain stuck in the pipeline 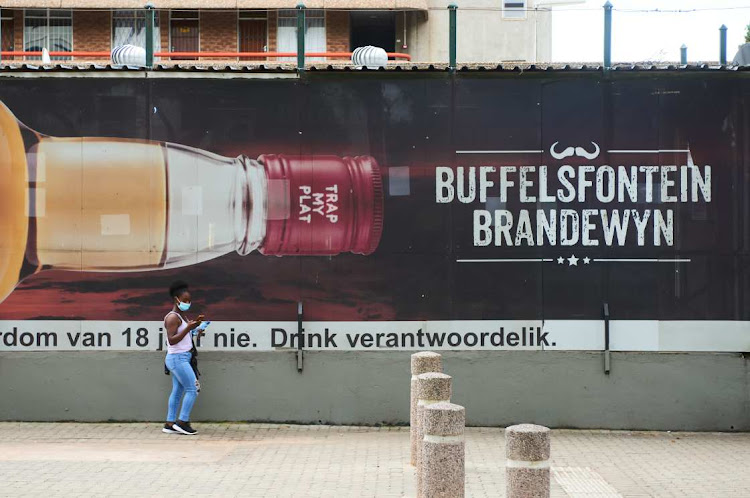 Drinking sells. And if teenagers are buying, why would the alcohol industry want to stop marketing to them, asks Charles Parry, head of the SA Medical Research Council’s alcohol and tobacco unit.

It’s hard to gauge exactly what proportion of liquor sales are to children, but in a survey in 2011, a quarter of grade eight to eleven learners told researchers from the Human Sciences Research Council that they had binged on alcohol (so at least five drinks within a few hours) in the previous month.

The industry follows a rulebook (that it wrote itself), which bans advertising aimed at people under SA’s legal drinking age of 18.

Barring a rule in the Liquor Act that prohibits misleading ads and advertising aimed at minors, the country has no laws in place that officially restrict the alcohol industry’s marketing campaigns.

That’s got to change, according to Parry, and it seems President Cyril Ramaphosa agrees.

Speaking at a mass funeral held in the Eastern Cape following the death of 21 young people (all between the ages of 13 and 17) at Enyobeni Tavern in East London in June, he said that there are outlets that “lure young people with promises of cheap or free alcohol. They produce flyers and adverts featuring young people to make it look cool and acceptable.”

He continued: “Is it then no wonder that our children have come to associate having a good time with having drinks, and why so many indulge in heavy or binge drinking?”

The cause of the teens’ deaths hasn’t been confirmed by a forensic report yet, but images of drunk children at the packed shebeen on the night of the tragedy renewed concerns about the country’s drinking problem — a vice that was estimated, already in 2009, to cost the country’s (private and public) health-care system close to R12bn.

The disappearing laws missing from the president’s eulogy

Ramaphosa blamed underage drinking on “aggressive marketing”, but he didn’t mention the two bills written specifically to change this.

A 2013 bill that would have restricted alcohol advertising and prohibited sponsorships has been put on hold indefinitely, says Maurice Smithers, director of the Southern African Alcohol Policy Alliance. The proposed bill would have been in line with the World Health Organisation’s recommendations for a worldwide strategy to reduce harmful alcohol use.

Pushback from various industries is mostly to blame for the proposal’s demise, Parry says, but Salba responds that it can’t comment on a bill that was never made public.

Industry captains have a direct line to the president. Executives from beer manufacturers AB InBev and SA Breweries called Ramaphosa in May and said they were committed to “minimising social harm caused by alcoholic beverages”.

Meanwhile, the Liquor Amendment Bill, which was released for public comment in 2016, has been stalled by the department of trade, industry & competition (DTIC). If it goes through, the law will raise the legal drinking age to 21 and outlaw adverts targeted at those younger than this.

Neither the presidency nor the DTIC responded to requests for comment on the status of the bill.

How much alcohol advertising do young people see?

Ramaphosa is right about this: young people in SA see lots of liquor marketing.

In one study, people aged 18 to 24 from both an urban area (a township in Tshwane) and a rural Mpumalanga community said underage people were exposed to liquor campaigns.

One young woman said that the “whole community” joined in at so-called ladies’ nights: “Even if you are 14 years, as long as you’re a girl you get in and get your free drink.”

The study also mapped out locations of liquor outlets and adverts in the two communities.

In the Tshwane township almost all the places that sold alcohol were within a 500m radius of schools, and three-quarters of the outlets that were mapped had some form of liquor advertising outside.

One youth said: “Most of the taverns are near the schools so it’s easy, even during breaktime, it’s easy for me to get alcohol … at the taverns”.

In the rural community, 90% of liquor outlets displayed advertising on their premises, and 22 out of 28 places were within 500m of a school.

Those interviewed claimed that taverns rarely checked people’s ages and that alcohol was easily available to underage users.

Moore says it’s up to law enforcement and outlets to make sure young people aren’t allowed to do this. And the police and inspectors from the DTIC must act when communities report underage drinking.

Does alcohol advertising cause underage drinking?

Evidence on the effect of advertising on how much people drink is contentious.

A 2009 review of 13 studies from high-income countries concluded that underage people who are exposed to alcohol advertising are more likely to drink liquor from an earlier age and in greater quantities.

A 2018 study which surveyed 869 adolescents aged 16 and 17 in Tshwane found that young people who remembered seeing alcohol adverts in the preceding six months were more likely to also have drunk liquor over the same period.

However, there’s a lot of back and forth among researchers, because studies like this show only that there’s a possible link between advertising and youth drinking — instead of proving that advertising causes more underage drinking.

Moore also points to a 2014 Cochrane review, which concluded that there’s “no robust evidence for or against recommending the implementation of alcohol advertising restrictions”. In response, the authors of a 2017 study wrote that the review gave an “incomplete representation” of the evidence.

Overall, the literature remains unsettled. Some of the more well-designed research finds that advertising may cause a small increase in underage drinking, though other similarly rigorous papers find that it has little to no effect.

Some authors argue that marketing tactics which suggest drinking is linked with being successful in some way may drive increased alcohol consumption.

The liquor industry denies using such methods, which are banned under its industry code, but Parry says the industry isn’t that committed to its own rules.

The self-regulation process doesn’t give the industry enough reason to act quickly when they get a complaint, Parry says.

Moore counters by saying the Advertising Regulatory Board has now adopted the industry’s code on alcohol adverts, so there’s an extra layer of oversight.

But it’s not enough, says Parry.

“A group of us lodged a complaint about that Black Label advert [with the advertising regulator]. They took their time. And only after it had been left running for a long time did they take it down”.

President Cyril Ramaphosa says the parents of 21 teenagers who died in the Enyobeni tavern tragedy are not to be blamed but rather those profiteering ...
National
1 month ago

Those South Africans who do drink, do so to excess, as measured against international standards. Would tax increases solve the problem?
Features
1 year ago

For the whole country, however, we should consider banning special discounting of prices of alcohol products and enforcing no drinking in public ...
Opinion
1 year ago

Extrapolating from stats compiled from hot-spots or simply drawing on recycled but never tested anecdotal ‘evidence’, the anti-alcohol lobby proposes ...
National
1 year ago
Next Article