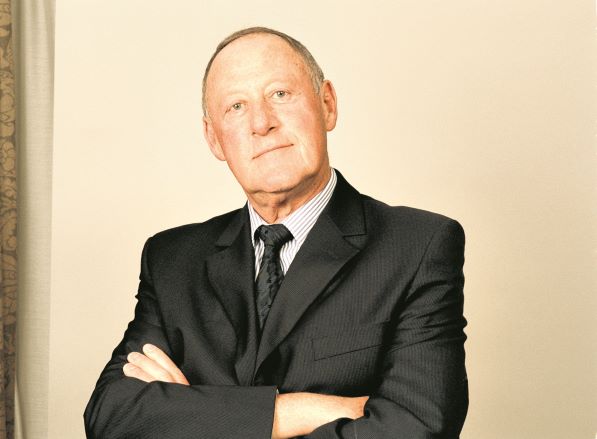 Meyer Kahn, former CEO and chair of SA Breweries, would probably have been happy enough if SAB had remained as what he termed “a temporary sole supplier” of beer to the local market. He was passionate about SA and seemed to like nothing more than being in SA; preferably at a bar regaling his work colleagues or, better still, at home with his family.

It was his passion for SA that enabled president Nelson Mandela to persuade him to take up the impossible newly created job of CEO of the SA Police Service in 1997. Two years later, when his contract expired, Kahn stepped down, evidently frustrated by his inability to create something more professional out of the disarray that was the SAPS.

He returned to SAB as chair just in time to watch over the group as it transferred its primary listing to London. That transfer was part of a very long-term strategy that had been thought out in considerable detail by Kahn and his two key executives, CEO Graham Mackay and CFO Malcolm Wyman, years earlier at their head office at 2 Jan Smuts Avenue in Joburg. With the fall of the Berlin Wall, the collapse of apartheid and the internationalisation of the global economy, the “three musketeers”, as they became known, quickly realised that being a dominant player in a national market was not a long-term survival option.

As the SAB executive team saw it, the global beer industry was in for a long period of consolidation as national champions were taken over by larger, better-resourced players. “We had the choice of becoming someone’s lunch or eating them for lunch,” said Kahn in his typical boytjie-from-Brits style, condensing volumes of management speak into one unsophisticated but effective sentence.

The team had wasted no time building up an impressive, and profitable, portfolio of beer businesses in Africa and by the mid-1990s were making inroads into China. From there it was Eastern Europe, including Russia. By the time of the London listing, SAB was the undisputed champion of the emerging-markets beer industry.

Insiders say that as a committed South African Kahn was not entirely happy about the transfer to London but realised there was little option. A London listing gave SAB the currency to back an aggressive acquisition strategy, which was expected to focus on emerging markets.

It was a difficult transition for the executives. SAB was a powerful, well-known and respected player in Africa but  relatively unknown to analysts, journalists and the investment community in London. During results presentations in the early years the audience’s scepticism and borderline hostility were evident. It took its toll on Wyman and Mackay. But not Kahn; or at least not that Kahn was going to reveal. As much as he had a boytjie-from-Brits line in management-speak, he also had a boytjie-from-Brits swagger. He put both to great use as he explained the evident attractions of SAB’s future to his audience of sceptics.

The acquisition of the No 2 US player, Miller, in 2002 stunned most market commentators but it quickly became apparent the musketeers planned to be more than emerging-market champions. The deal not only reduced SAB’s exposure to volatile currencies, it secured the renamed SABMiller’s place in the FTSE. This meant a much more aggressive acquisition strategy could now be funded. It meant more money for more lunches which in turn meant SABMiller might be able to make it to the final stages of the global consolidation process.

At the height of their acquisition strategy, Kahn, who continued to live in Joburg but travelled the world to help secure deals, was less likely to brag about the group’s massive balance sheet and more likely to boast about the SA flag flying in 80 countries.

In July 2012, 46 years after he’d joined, Kahn retired from SAB. It was four years before the final lunch was eaten but by then it already seemed inevitable that AB InBev would emerge as the overwhelmingly dominant player in the global beer industry. It was another three years before the AB InBev bid was announced and a fourth before it was finalised. The R900 a share exceeded all expectations and represented a massive return on the efforts of the three musketeers.

At lunch with Kahn a few months after the deal, there was little sign of exuberance from a man who, as one of the largest individual shareholders, had just scored a huge payday on SA’s biggest ever corporate transaction. There was more a sense of weary resignation. SABMiller had been bought by an entity that lacked passion for either beer or SA. This was not familiar territory for Kahn.

Kahn died this week at the age of 82.

CHRIS GILMOUR: So long to live financial presentations, and thanks for the beer

I remember live presentations that were extremely long, indulgent affairs where the presenters appeared oblivious to people wandering out after 90 ...
Opinion
1 year ago
Next Article