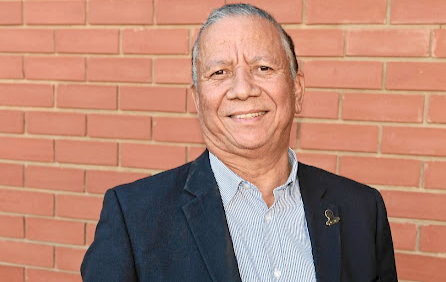 Nelson Mandela University Business School in Gqeberha is looking for a new director after Prof Randall Jonas left at the end of December.

Jonas, 64, joined the school at the start of 2017 on a five-year contract. He says the university offered him a two-year extension to the end of 2023, but he decided to return to the private sector, where he is an education consultant.

“I’m taking a little time off to plan my future,” he says. Options include digital education and education funding. “I am looking for trailblazing opportunities,” he says.

He has been replaced on an interim basis by Prof Fulu Netswera, executive dean of the faculty of management sciences at Durban University of Technology. Jonas has been chair since 2018. Sabsa members are expected to choose his full-time replacement next month.

When Jonas joined the business school, it was part of what was then Nelson Mandela Metropolitan University. He says the school’s rebranding was one of his biggest challenges. Another was creating a closer interface between the school and Eastern Cape society, including township entrepreneurs.

“There was a big education gap in terms of entrepreneurial development,” he says. “We responded to requests from NMU students outside the business school to find a solution.”

The school also had to respond, at very short notice, to the wholesale shift to online education in early 2020 after Covid social distancing ruled out traditional classroom education. “We were very agile and made the transition easily,” he says.

Like other business schools, NMU is deciding how to mix classroom and online education now that Covid restrictions are easing. While many students enjoy virtual teaching, many others want a return to personal classroom interaction.

NMU business school won international accreditation for its MBA programme in 2016 from the UK-based Association of MBAs. It was reaccredited in 2019 and is due to go through the process again at the end of this year.

Lockdowns have changed the nature of MBAs. But can the digital experience of the programme match what you get with a face-to-face MBA? Some experts ...
Features
7 months ago

The MBA is dead … long live the MBA!

Don’t write off the degree. It’s still the ultimate goal for millions of people in business
Features
7 months ago

Specialised MBAs are burgeoning internationally. Do they have a future in SA?
Features
7 months ago

Technological change, fuelled by Covid, is transforming business education. Not everyone likes the way it’s going
Features
9 months ago
Next Article