Cape Town is not only about the sea, the beaches and the mountain when it comes to recreation — there are also the inland water areas for skiing, yachting, canoeing, rowing and windsurfing. But human waste has polluted many of these venues, putting the city’s tourism at risk once more 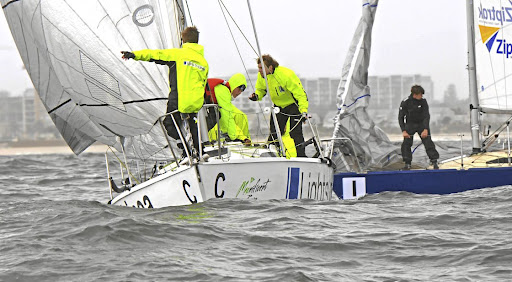 Like many seaside destinations, Cape Town’s tourism economy has suffered in this time of lockdowns and travel bans. Now it’s been hit by an earthbound hazard: human pollution.

Spills from the city’s sewerage and storm-water systems, combined with burgeoning informal settlements in catchment areas, have led to all four of Cape Town’s major recreational inland water bodies suffering months of closure this year because of the health risk posed by high pollution levels. This is despite three of the water bodies being in city-run nature reserves. The direct cost to related businesses is conservatively calculated at about R9m, with plans for an Olympic-standard rowing facility in Cape Town under threat.

The first inland water body to be closed this year was Zandvlei in Muizenberg on May 25. It was partly opened again on October 11 but closed 11 days later because of high bacterial counts caused by sewage.

Rietvlei in Milnerton was closed from June 24 to November 17. Zeekoevlei, next to Grassy Park, was closed on July 15, while Milnerton Lagoon has been closed for over a year.

Rietvlei, the only recreational water body still open, is economically significant because it is an annual destination for hundreds of European windsurfers, many of them professionals who come to train and test equipment.

Brian Weber, commodore of the Milnerton Aquatic Club at Rietvlei, says up to 300 professional windsurfers and enthusiasts come to train on the vlei in summer, with some staying as long as three months. However, Weber says, pollution levels have led to many regular European visitors cancelling their plans in September and October.

A week after Rietvlei reopened, international travel restrictions were announced as the Omicron variant arrived. This was a further blow to the guesthouses and businesses hoping to service the international clientele.

Weber says that just in the week between the opening of the vlei and the international travel bans, about a dozen or more international windsurfers arrived and signed on at the club.

But the club has not been able to re-employ the four employees who had to be laid off due to the lack of members using the club’s restaurant during the vlei’s closure, he says. Lack of work also resulted in the loss of the club’s bosun at the end of October, which meant neither its accredited sailing academy, nor the adaptive sailing programme for sailors with disabilities, could operate.

Milnerton Aquatic Club environmental manager Katja Haslinger estimates that the closure of the vlei, combined with international travel restrictions, cost the local economy R9m. Haslinger’s calculations are based on 150 visiting international windsurfers arriving with a partner and staying for an average of four weeks.

The figure is based on accommodation rates, spending at restaurants and bars, and car hire, but excludes sales of water sports equipment, coaches, trainers, and physiotherapists. She is concerned that the summer heat, together with the high nutrient content in the water, could spark a toxic blue-green algal bloom which would cause further closures of the vlei. "It’s a ticking time bomb."

Simon Duffet, owner of The Brand Stable, says he had "zero sales" of windsurfing equipment between June and November, resulting in a 50% drop in gross turnover. Duffet says he’s had a few board sales since the vlei reopened, but only to locals. "There are no foreigners coming in. It’s hard to say what business is going to be like."

She says all the rowing clubs are struggling financially because without being able to get on the water, they can’t expect their members to pay fees. This includes one of the oldest sports clubs in the country — the Alfred Rowing Club, established in 1864, which is in dire straits.

She says there are about 450 rowers across the clubs, bringing in about R1m in annual fees. Their development programmes are unable to operate, and the Zeekoe Vlei Yacht Club is also struggling to stay afloat.

Eddie Andrews, Cape Town deputy mayor and mayoral committee member for spatial planning and environment, says the closure of the city’s three vleis is "of great concern, in particular how this has been impacting recreational users and those businesses that operate from the water bodies".

He adds: "The city continues to investigate all sources of pollution and take action to prevent the pollution from impacting on the vleis."

A stock exchange by the sea

A stock exchange in Cape Town is not exactly new. The city had one before at the time of the SA War, when many Joburgers from the Transvaal fled Paul ...
News & Fox
7 months ago
Next Article