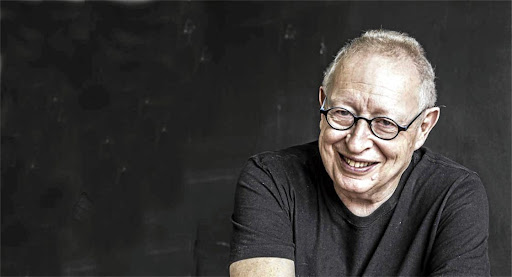 David Lewis is not giving up. And he urges the public never to give up. There is a danger that South Africans might cease to be outraged by corruption. If that happens, Lewis reckons the country faces the grim possibility of sliding from its ignominious 69th place on Transparency International’s corruption perception index past the likes of Russia and Uzbekistan all the way down to Somalia and South Sudan, which share the 179th spot.

"I think the biggest mark of our success was we kept a conversation about corruption going," says Lewis, who was a key force in the establishment of Corruption Watch back in early 2012.

It was Lewis’s fourth start-up in a 40-year career that spanned the early days of the trade union movement, the development of an industrial strategy for the soon-to-be-governing ANC and the creation of a vigorous competition authority.

"He’s what you could call a social start-up expert," says a former colleague, noting that Lewis was able to identify the essence of the urgent issues and help develop institutions to deal with them. "He possesses an almost unique combination of intellect, social comment and drive."

The initial Corruption Watch plan, after much discussion with then Cosatu chief Zwelinzima Vavi and human rights activists Adila Hassim and Mark Heywood, was to collect dossiers of information on allegations of corruption, investigate them and make sure people were sent to jail. Lewis reminds us Vavi was one of the few public voices speaking out about corruption at the time.

Lewis’s 10 years as chair of the Competition Tribunal had left him sceptical about getting well-resourced individuals into jail, but he grabbed the opportunity to lead what he considered an important initiative. At that stage Jacob Zuma had been in power just under three years. "By late 2011 it was evident corruption was already a very, very serious problem."

Once the organisation was up and running it became more of a public mobilisation and advocacy tool, says Lewis.

Corruption Watch was also involved in strategic litigation such as the high-profile legal battle against Net1 and the SA Social Security Agency over the irregular R316m payment by the agency to Net1, and challenging the findings of the Seriti commission of inquiry into the 1999 arms deal.

In the early years not many government departments were willing to engage with Corruption Watch. "Now we have a government whose doors, if we knock loudly enough, will be opened," says Lewis, adding that President Cyril Ramaphosa has made Corruption Watch’s life easier but the battle still rages. "He [Ramaphosa] has, in the main, appointed competent and honest leaders but I think he underestimated the damage that had been done and how pervasive corruption had become. "As we’ve seen through Covid, nothing is off limits, especially at local government level."

And then there are the state-owned entities (SOEs).

At the University of Cape Town, where he set up the Development Policy Research Unit with David Kaplan and Alan Hirsch, there was much discussion about what to do about powerful parastatals. Should they be privatised or kept as effective instruments for policy implementation?

During his Competition Tribunal years, SOEs featured regularly. "The essence of competition policy would see these entities being subjected to market forces or being regulated very carefully," says Lewis. But they were too dominant in the market and the competition authorities didn’t have the necessary capacity.

Lewis is quick to dismiss the notion that corruption was a Zuma creation. The arms deal may have been the first. Lewis believes the corruption around Chancellor House Holdings was more damaging. After years of denial the ANC recently admitted that it is a beneficiary of a trust that owns the company, which has benefited enormously from government-linked contracts.

"Many ANC leaders who would have frowned upon corruption were comfortably disposed to corruption that supported the party," says Lewis.

While he’s encouraged by the public’s levels of engagement on corruption, Lewis is disappointed by the private sector’s lack of action. He reckons there’s not one manufacturing or mining business of any scale in SA that hasn’t been exposed to corruption. Lewis is sympathetic but unequivocal: "I say you must report it, make a huge fuss, ensure the media knows about it; it may not seem like the easiest option but it is the only hope we have of chilling corruption."

Few who know him believe retirement from Corruption Watch means Lewis will be retiring from working life. Even though dogged by poor health for the past 18 months, he continued to work for at least four or five hours a day. "Some days I couldn’t work at all," says Lewis who has just been discharged from his umpteenth hospital stay. He’s looking forward to lying on the couch and watching cricket for the next few weeks and to spending next year reading.

SA’s empty register of tender defaulters is indicative of the lack of political will to properly tackle corruption. Sadly, it’s one of many such ...
Features
2 months ago
Next Article