The once-proud Stormers are shedding top players amid a rolling maul of legal battles and botched financial deals that critics say are largely due to one man — the president of the Western Province union, Zelt Marais 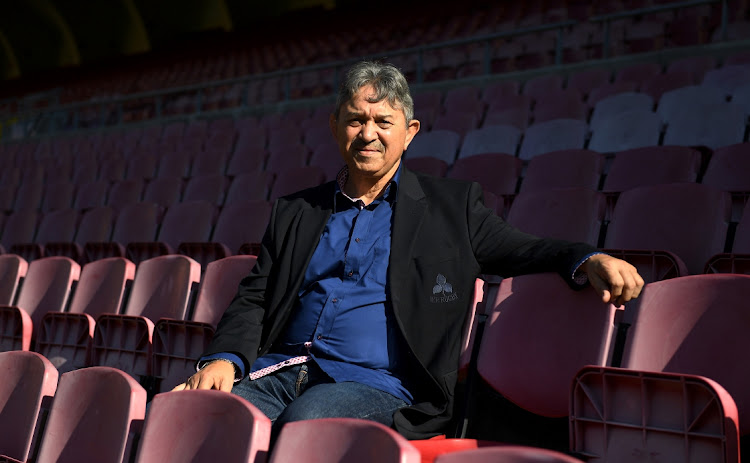 The Western Province Rugby Football Union (WPRFU) is trapped in a cycle of amateurism and mediocrity. While privately owned rivals the Bulls and the Sharks build professional sporting brands that compare to Manchester United and Liverpool, the WPRFU administration drags its heels over selling the development rights for Newlands stadium. This continues to hamper the growth of the Stormers franchise.

As debt of about R500m accrues, the professional and amateur arms of the union remain in conflict and 15 clubs — among those that are the ultimate owners of Newlands — want WPRFU president Zelt Marais out.

Marais has monopolised power over the past few years. He is president of the union and head of its finance committee, and is also acting CEO of the union’s professional arm, WP Professional Rugby (WP Rugby). Last month he dismissed, on procedural grounds, a vote of no confidence that some clubs tried to bring against him.

A series of management failures have brought the union to its knees and SA Rugby (Saru) — the national governing body — may put the WPRFU in administration.

Development of the Newlands site has been delayed and the future of the Stormers, who have lost high-profile players Siya Kolisi and Bongi Mbonambi to the Sharks and Pieter-Steph du Toit to Toyota Verblitz in Japan, is uncertain.

Under Marais, the union has reneged on development deals and spurned private investors who had the potential to transform the union, and the team, into a top rugby franchise.

In November 2019, the union and Investec agreed to develop Newlands. The union was R40m in the red and Investec advanced it R50m to repay lenders and former partners Remgro, and guarantee future income. But in May 2020 Marais rushed into a new partnership. The union accepted a R112m loan from Flyt Property Investment, taking on additional debt. The union bonded the 11 properties it owns to Flyt as guarantees.

The loan accrued interest and months later the deal was abruptly ended. Six directors left the union and in October 2020, Marais admitted in the media that the partnership was on the rocks.

"The deal of the century", as Marais had originally called it, had not been properly scrutinised. Reports suggested that the uncertainty at board level had reached the players, who refused to negotiate new contracts until there was clarity about the union’s financial future.

By December, the professional arm took steps to distance itself from Marais and the union. Ebrahim Rasool, recruited by Marais to chair WP Rugby, began to ask questions.

By May, the legal battle over the development rights for Newlands became a full-scale war. Dream World Investments, owners of Flyt, accused the union of reneging on the deal and sued for R388m.

"The WPRFU has objected to the agreed land value forming part of the substance of the transaction," Flyt MD Zane de Decker said at the time.

Fifteen of the region’s clubs asked Saru to place the union under administration. Saru and the WPRFU formed an advisory committee to plot the way forward.

By August, the union was in talks with a new property developer, Staytus Cape. The advisory committee "requested" that the Staytus deal be accepted and instructed Marais to recommend this to the union’s general council.

When Marais did not do so, Rasool revealed that Marais had stalled yet another agreement that could rescue the union.

In September, Saru withdrew from the committee, accusing the WPRFU of failing to co-operate. It said it had been baulked in its attempt "to assist WP in finding solutions for its parlous state".

Marais laughed off attempts to oust him as Rasool raised concerns about the union.

"What I do fear is megalomania by someone who already has centralised all power in his person … nullifying the established structures of WP Rugby, and shielded from oversight," Rasool said.

On September 27, Daily Maverick reported that Saru was planning to place the provincial union in administration.

Saru will need to get its ducks in a row, however, to ensure that the union — specifically Marais — has no grounds to respond legally and stall a restructuring.

Until this saga concludes, the union will not move forward with its plans to develop Newlands and its financial situation will remain dire. It will not retain top players and build a team that can compete against privately funded teams at home and abroad.

Critics say that unless Marais is ousted and the cycle of amateurism in an era of professional sport is broken, one of the original giants of SA rugby will disappear.