PROFILE: Floyd Brink — in charge of Joburg, for now

When Joburg mayor Geoff Makhubo died this month, the city’s COO — who was already standing in as city manager — took charge. He assures residents everything will run smoothly while preparations are made to pick a new mayor 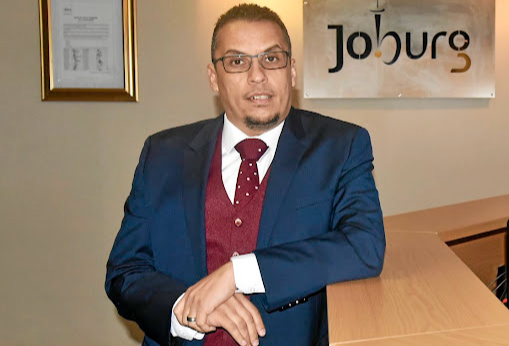 "I’m an administrator of note," says Floyd Brink, who will run Joburg until a new mayor is elected. The office fell vacant on the death of Geoff Makhubo this month, and the multiparty mayoral committee was dissolved. The council remains in place.

Brink, 40, is the metro’s COO and has been acting city manager since February, when Ndivhoniswani Lukhwareni departed.

He tells the FM that council speaker Nonceba Molwele will, at some point in the future, call an extraordinary council meeting to elect a new mayor. The new mayor will appoint a new mayoral committee.

Brink says the council had passed its "main strategic hurdles" before Makhubo’s death. These included the budget and the integrated development plan to address service delivery and infrastructure development.

Joburg is crucial to SA’s economy, contributing about 18% to GDP and about 40% to the economy of Gauteng.

"All hands are on deck to ensure that service delivery is not compromised," says Brink.

Key initiatives that were already in place in Orange Farm, Kliptown and Ivory Park will continue; roads will be tarred, public lighting improved and open spaces and streetscapes will receive attention. Traffic-calming measures will be implemented, new social housing projects will be launched and storm-water drains will be upgraded.

"We are quite clear on what needs to be done," says Brink. "I’m here to make sure that happens."

Makhubo’s predecessor, Herman Mashaba, is making a new run at the mayor’s office as ActionSA’s candidate. He has criticised the municipality for "losing" gains he made during his term and says he wants to resume the work of ridding the city of corruption and implementing lifestyle audits.

Mashaba says that before he took over as mayor in 2016, Joburg was in a state of "decay, deterioration and despair" as the city battled a housing backlog, stop-start water and electricity supplies and other challenges. "I’m proud of what we achieved," he says.

Brink, however, who has worked for the city for the past three years, says: "As COO, I know what needs to be done in terms of service delivery."

He won’t respond directly to Mashaba’s remarks because doing so would be playing into the "political space".

But he says he knows what it means to "co-ordinate all the operations of the city’s 12 entities" such as City Power, Joburg Water, the Joburg Roads Agency and Pikitup, among others.

He likens Joburg to a large ship that’s difficult to steer and acknowledges there is always room for improvement.

"We have institutional memory in the city. It’s not about me being acting city manager and hoping that things will change," Brink says.

"We have the full support of the executive team and there are no bottlenecks in the administration of the city."

While Makhubo’s death was a "shock" to city administrators, they have plans in place, he says.

Makhubo led the metro with the help of coalition partners including the African Independent Congress, Al Jama-ah, COPE, the IFP, the Patriotic Alliance and the UDM.

It is not yet clear who the ANC will put forward as its candidate.

Jolidee Matongo, who served as member of the mayoral committee for finance under Makhubo, says he has seen reports touting him as the frontrunner in the party.

"For now it’s rumours because the ANC Joburg region still has to nominate three candidates and send their names to the provincial executive committee, which must in turn recommend one candidate to send to national," Matongo says.

"There are many ANC councillors in the council, 124 in total, so we are spoilt for choice," he says.

SHIRLEY DE VILLIERS: The story of a cabbage patch, and ...

EDITORIAL: DP World offer for Imperial may not be as ...