PROFILE: Mmamoloko Kubayi — a paragon or not? 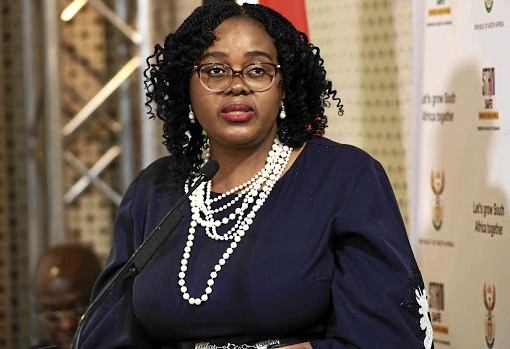 The nation’s gaze bears down heavily on acting health minister Mmamoloko Kubayi, who will oversee the government’s effort to deal with the third wave of Covid infections now blazing through parts of the country.

Parachuted into the health ministry temporarily, after Zweli Mkhize was put on "special leave" over a dodgy R150m communications contract given to Digital Vibes, it means Kubayi will now have to manage the most pivotal portfolio during a global pandemic.

At the age of 43, she is one of SA’s youngest cabinet ministers. She has many questions to answer, including why costly field hospitals are not alleviating the pressure on hospitals, how government will accelerate the vaccine rollout and what more it will do to contain new cases, which jumped from below 800 a day in early April to over 13,000 in the past week.

In the tourist sector, where she has been minister since 2019, Kubayi has some support. SA Chefs Association head James Khoza provides an account of a minister being willing to support the catering industry by showing up and "getting her hands dirty".

Arriving back once from a trip to Egypt, the tourism minister went directly from the airport to a graduation event for 300 chefs and stood on her high heels from nine to five. "It tells you a lot about a person," says Khoza.

Kubayi is not a doctor like her predecessors in the health ministry, but she has built up experience with brief stints in various roles, first as energy minister in 2017, then as communications minister from 2017 to 2018, and after that as minister of science and technology from 2018 to 2019.

Khoza’s praise is accompanied by some reticence from fellow chefs, and he says he expects they will "throw rocks at him". Fine-dining chefs are angry because they received no financial support as their businesses were being destroyed by lockdowns, alcohol bans, a dearth of tourists and the pandemic while restaurants abroad were boosted with government bailouts.

Interviews with other organisations revealed a similar pattern. Industry associations speak of Kubayi with effusive enthusiasm but business owners are critical.

Hospitality groups use adjectives such as compassionate, available, forceful, smart and understanding to describe her and say she’s a tough leader.

She is willing to meet representatives to discuss lockdown restrictions, they say, and she attended a tourism meeting two days after Christmas. She responds to messages at 11pm at night.

But businesses have had no support besides the temporary employer employee relief fund. Hotels that asked for municipal rate cuts to help them reduce their costs while they stood empty have been given no relief.

Restaurant Association of SA CEO Wendy Alberts says Kubayi lobbied for the restaurant industry at the National Coronavirus Command Council and raised owners’ concerns about the negative impact of liquor bans and curfews. The minister met restaurateurs on Zoom to listen to their stories of hardship, says Alberts.

"She’s got huge influence in the ANC. She went out of her way to fight for the sector."

But what practical support has there been?

Khoza says chefs don’t realise that the minister’s hands are tied by the weak economy and that there isn’t more bailout cash.

Alberts believes the misperceptions about her come from business owners who expect her to "wave a magic wand".

"It has always led people to question whether she has the capability to do her job. But the reality is that many of the decisions rested outside a portfolio."

Tourism Business Council of SA CEO Tshifhiwa Tshivhengwa says: "We’ve always had an opportunity to raise the issues we needed to. Many are not tourism issues. They are matters that are decided by other ministries, or the collective."

In response to tourists staying away, Kubayi launched a fund to help battered tourist businesses, but only if they have a minimum of 51% black ownership.

This has been challenged in the courts by trade union Solidarity, leaving ravaged businesses with no financial support.

Solidarity spokesperson Morné Malan says it is clear the minister regards her decision — to exclude businesses with no black ownership — as being above criticism. He makes it clear that the organisation does not share the positive sentiment about her.

Kubayi’s public profile has been fairly low key. One exception to this was a widely shared account of her painting her nails during a parliamentary committee session convened to discuss Nkandla and former president Jacob Zuma’s "fire pool".

She also made headlines after participating in a publicised cook-off before the department of tourism’s budget vote, held in parliament last month. Celebrity Somizi Mhlongo-Motaung was paid handsomely to attend, despite her claiming otherwise.

Tourism minister says she will defend equity fund in court