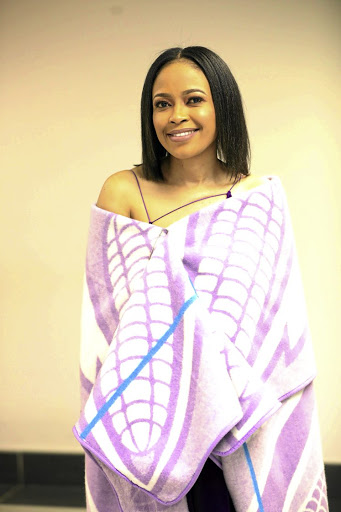 Nthabeleng Likotsi, a 37-year-old entrepreneur from Botshabelo in the Free State, is set to become the first black woman to establish and own a mutual bank.

"It’s been a very life-challenging experience," Likotsi told the SABC in March. "Emotionally, physically, intellectually, financially — but more so because I guess the Reserve Bank’s role is to ensure that members’ deposits are protected. So it needed to ensure that we are fit and proper to be in a position to start a mutual bank."

As far as fit and proper goes, by way of qualifications Likotsi holds a master’s degree in entrepreneurship from Wits Business School and a postgraduate certificate in accounting from the University of Johannesburg.

She is a board member of the Legal Practitioners Fidelity Fund that oversees the fidelity funds administered by law firms, and has been a director of several companies associated with Lixil Africa, which operates brands that manufacture luxury sanitary fittings for kitchens and bathrooms.

Likotsi’s journey to this point has been unusual and, some would say, unlikely. She founded the Young Women in Business Network (YWBN) in 2009 to facilitate the empowerment of women by bringing together a network of black professionals and businesswomen to share experiences in investing and business.

In 2015, she struck upon the idea of establishing the YWBN co-operative financial institution (CFI), a recognised entity capable of providing banking services to its members.

In short, when Likotsi read the Bank’s definition of a CFI, she implicitly understood that it operated on the same grounds as a "glorified stokvel".

More formally, though, a CFI is a not-for-profit entity owned and controlled by its members, who have a common association or mutual goal. Members contribute equally to the capital and enjoy the same proportional say in directing the activities of the organisation. A co-operative can take deposits and lend to its members.

The YWBN CFI charged a R550 annual membership fee and required members to provide R10,000 in share capital, while also committing to saving R1,100 a month for five years. This was a natural precursor to a mutual bank, which allows its clients to be co-owners.

The YWBN CFI grew from an initial 200 members to 589 within five years, and has collected R21m in deposits. According to the bank’s prospectus, under Likotsi’s leadership the YWBN CFI has "seen growth of the investment multiply 10 times the value in a short period of five years".

At an event last month launching fundraising for the bank, which must raise R10m in capital, Likotsi said it was "designed for black people, to finally have a bank that will be unapologetic and intentional in assisting with job creation".

How this is going to translate into new products and services is still a mystery, though, as are details justifying the bank’s purported valuation of R5bn.

Matters came to a head when financial guru and former investment banker Koshiek Karan began asking detailed questions on Twitter about the proposed business model and valuation of the bank. Likotsi opted not to engage but rather belittled Karan, and dismissed his line of questioning.

The prickly engagement appears to have had little effect on fundraising, with investors indicating they are happy to back the jockey rather than the ill-defined horse at this point.

Either way, Likotsi won’t shy away from publicity, demonstrating that a good dollop of confidence has got her this far by saying: "A woman-owned bank that brings in a woman’s perspective could probably be the best thing that ever happened to this country."

UPDATE: Likotsi was not given a banking licence by the Prudential Authority of the Reserve Bank in March as we previously stated. She has passed the first stage of the licensing process but has not yet passed the final stage. We regret the error

From chef to interior design to head of an international real estate investment firm: taking an unconventional road to the top
News & Fox
4 months ago

Siyo’s interest in tech is about finding ways to commercialise it. He is doing just that at Telkom by transforming its Yellow Pages
News & Fox
5 months ago

Ban on imported cement could result in high prices for ...