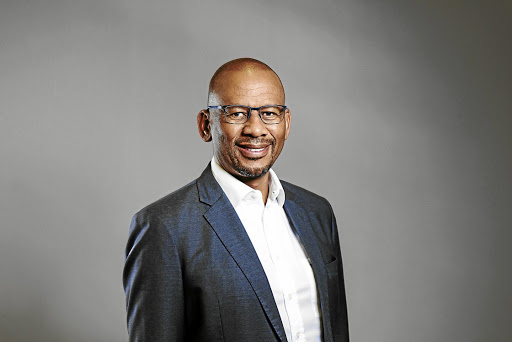 Over the past decade, businessman Teddy Daka has become a go-to specialist for guiding companies through new phases of their business. Earlier this year, the former CEO of listed tech firm Etion was appointed co-CEO of Zutari, an engineering firm.

From technology to engineering, Daka, 55, has been quietly making an impact in corporate SA.

He has several accomplishments under his belt, including overseeing Etion’s rebranding from Ansys in 2018. He was appointed CEO of Etion in 2013, having served as nonexecutive chair since 2006, and helped to shift its business from its traditional manufacture of defence technology and equipment for locomotives at Transnet to focus on cybersecurity and cloud computing products and services.

"When it [Etion] was Ansys I was chair; we listed it and things went well. I went travelling. When I came back, they asked me to assist. I went, then Covid happened. But even before then, I had already indicated my desire to go back to a nonexecutive role. It was never a full-time thing that I wanted to do forever," Daka says.

"I still remain a major shareholder in Etion and chair of the company."

Having done what he set out to do at Etion, the Pretoria-based executive has now moved on to a new challenge: construction and engineering.

Zutari is an offshoot of Australia-based engineering firm Aurecon, which was formed after a demerger of Aurecon Africa from the global group in 2019. Zutari was the civil and structural engineer for the Mall of Africa project in Midrand, The Marc in Sandton and OR Tambo International Airport.

Daka — who has bachelor’s degrees from De Montfort University in the UK and the University of Zimbabwe, and an MBA from the Gordon Institute of Business Science — served as chair of the Aurecon group from 2013 to 2019.

His appointment as co-CEO of Zutari comes as it prepares to re-enter the Middle East market, which Daka knows well because of Etion’s business dealings in that region.

"When my time was up I disposed of my assets, stepped down as chair and was quite happy being in retirement."

But his colleagues convinced him to return to help steer the company after it hived off from its Australian parent.

Daka likes its focus on developing infrastructure. "It is what drives economies and jobs, so I thought let me do another stint before I pack up," he says.

A former Telkom executive, Daka is also the founder of Tedaka Investments, which has interests in telecoms, defence, cybersecurity, consulting engineering, mining, property and railways. He also chairs BankservAfrica, a venture by SA’s big four banks which clears and processes card, ATM and EFT transactions between the banks.

For Daka, "leadership is a not a function of personality; it depends on the situation".

A keen cyclist and farmer, he believes leading an organised life is key as a single parent balancing the demands of family and business. "Time for family is precious."

When he isn’t chairing board meetings or coming up with new strategies to win in business, he enjoys watching documentaries and comedies, and tending to the plants in his greenhouse. "I also love cooking. I find it very therapeutic," he says.

Siyo’s interest in tech is about finding ways to commercialise it. He is doing just that at Telkom by transforming its Yellow Pages
News & Fox
4 months ago