PODCAST: When Cyril speaks out of both sides of his mouth 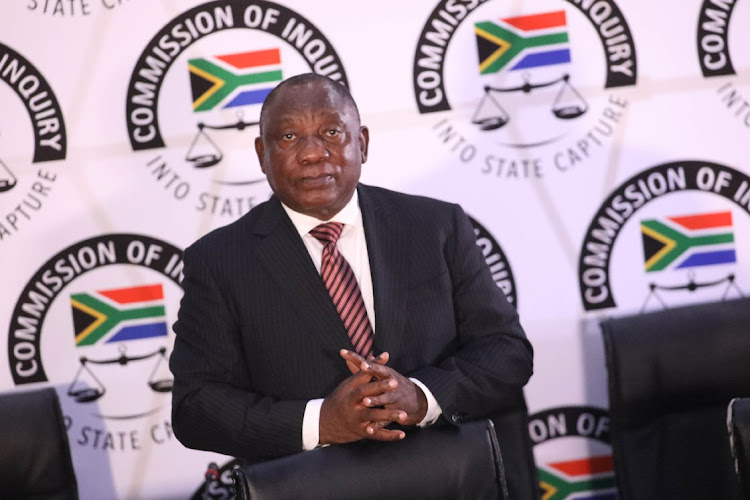 President Cyril Ramaphosa appears at the state capture commission to testify in his capacity as the president of the ANC. Picture: VELI NHLAPO

If President Cyril Ramaphosa needed to take anything out of his two-day appearance at the Zondo Commission last week then he would have needed to put a lot more in than he did. Instead, he was allowed by his inquisitors to have his cake and eat it without ever being asked how even one example of grand corruption may actually have worked.

Listen to former Cosatu leader and Gauteng Premier Mbhazima Shilowa talk to Peter Bruce about the centrality of party funding in corruption, the way forward for our politics, why a disastrous ANC will probably sweep the upcoming local elections and what needs to be donate make the way we create wealth more inclusive.

If we want to avoid awful stories like Absa losing CEOs of the quality of Daniel Mminele then unions need to be sitting on the boards of South African companies. Business doesn’t want that and, frankly, neither do the unions. Which is why the state may need to find the courage to bang some heads together.

Certain practices, policies and beliefs in the governing party have collaborated to provide opportunity to plunder state resources
Opinion
5 months ago

A revolutionary reformer or a middle-of-the-road mumbler?
Opinion
5 months ago
Next Article

TOBIE VAN HEERDEN: Treasury may now have facts it ...

TOM EATON: Kidnapping as a heart-warming exercise in ...