School plans a specialist unit to study commercial crime and related subjects, and to offer research and education in the field 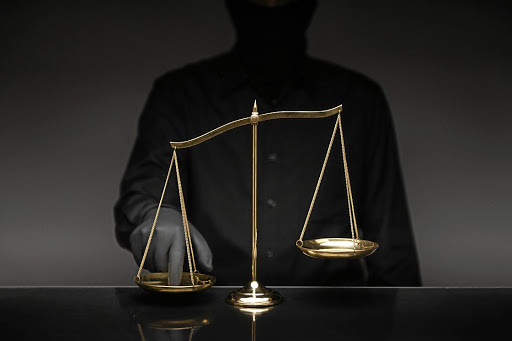 He says: “The world is full of perceptions. This is about actual measurement. How free is your media? What is the capacity of your prosecuting agencies? What are your governance structures, and how effective are they? We are taking a practical approach to the issue.”

The school is creating a specialist unit to study the impact of corruption and commercial crime. Besides creating the index, it will conduct research and offer education programmes. Van Romburgh – a forensic accountant by profession – says it is part of his plan to increase the school’s local and international visibility.

He also wants it to become known for its expertise in informal and small business. The school, which also has campuses in Mafikeng and Vanderbijlpark, has a long-standing small-business advice bureau. “I want to revitalise that and create active engagement with the informal economy,” he says. Free clinics will offer business advice and help newcomers overcome the “cumbersome process” of getting started.

The experience, he hopes, will be relevant to entrepreneurs across Sub-Saharan Africa. The school wants to increase its educational presence across the region and is undergoing accreditation by the newly formed Association of African Business Schools (AABS).

It’s not the only accreditation in progress. The school, which in 2014 became the first SA business school outside the traditional “elite” to be recognised by the UK-based Association of MBAs (Amba), is preparing for a re-accreditation visit by Amba representatives later this year. Once that and the AABS exercise are complete, the school wants to pursue further accreditation by the European Foundation for Management Development and the US-based Association to Advance Collegiate Schools of Business. Each organisation measures different aspects of schools’ activities.

Despite the considerable cost involved, Van Romburgh says the school has been encouraged by North West University to pursue international recognition. Academic Anet Smit has been deployed fulltime to manage accreditations.

Van Romburgh has set himself a punishing list of goals for his five-year term of office. After more than a year as acting director, he was appointed fulltime on January 1 this year. The job became vacant late in 2019, when Fulu Netswera left three years into his five-year contract to become executive dean of the faculty of management sciences at Durban University of Technology.

Netswera’s Potchefstroom appointment had been hailed as a major transformation statement by NWU, which is still perceived by some as a white, rightwing Afrikaans establishment. So it is perhaps surprising to see a white Afrikaner replacing him.

Economist Raymond Parsons, a professor at the school and chair of its advisory board, says 64 people applied for the job. Of the three candidates on the final shortlist, two were black. Van Romburgh, who has taught at NWU for over 16 years and is a former director of the school of accounting services and acting dean of the faculty of economic and management sciences, admits some may question his appointment, but says the school has clear transformation targets.

The job of deputy director is likely to go to a black academic after the incumbent, Jan Meyer, retires at the end of 2021. A number of other senior white academics are due to retire in the near future. “We are creating a clear leadership succession plan,” says Meyer.

The challenge for NWU, as for many other business schools, is the shortage of top black lecturers. Numbers are rising, but there’s not the volume at present to meet all the sector’s needs. NWU’s platteland location doesn’t make the search any easier for fulltime placements.

The solution, says Van Romburgh, may be part-time lecturers. “There are top-class black lecturers out there. I get three or four requests each week from people who want to teach here. By increasing our part-time budget, we can buy some of their time even if we can’t get all of it.”

Following last year’s Covid-19 disruptions, Van Romburgh says his school’s executive education and academic programmes are still offered almost exclusively online. “Conditions permitting, however, we hope some students will be able to return to campus in the second semester. Our research shows that MBA students, in particular, are keen to interact with each other personally.”