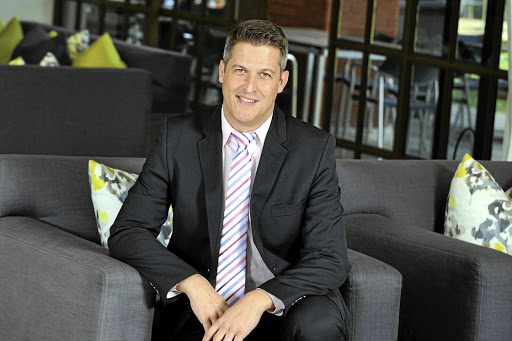 Werner Kapp, tasked with taking one of SA’s largest information & communication technology (ICT) companies into a post Covid-19 world, is confident that the group’s recent restructuring gives it an edge.

He will take over as CEO of systems integrator Dimension Data Middle East & Africa from Grant Bodley on April 1.

Co-founded in 1983 by Jeremy Ord, who is executive chair, the group has undergone a major restructuring of its business and operating model over the past year. It was once one of the largest technology companies on the JSE, with a market cap of R77bn at its peak in September 2000. In 2010 it delisted after being bought by Japanese tech firm Nippon Telegraph & Telephone (NTT) for £2.1bn.

The group has consolidated its various businesses under one name, retiring brands like Britehouse, a digital products unit; Internet Solutions, its internet services provider business; and ContinuitySA. The company now operates as One Dimension Data, except for its internet service provider, MWeb, and business process outsourcing unit Merchants.

Kapp says: "I’m especially excited about our One Dimension Data operating model, as I believe it is a critical part of our differentiation in the market."

Kapp oversaw the group’s transformation as COO alongside Bodley, who brought Kapp into the company when he was appointed to lead the group in 2015. The CEO-designate says the focus of the business is unlikely to change much, though it is evolving.

To dispel any speculation that his departure is anything but amicable, Bodley says there’s "nothing sinister" in his decision to step down. Rather, he felt it was a good time to bow out, having achieved much of what he had set out to do. He says the move is in line with the company’s succession plan.

Kapp joined Dimension Data in Gqeberha (formerly Port Elizabeth) as regional executive for the Eastern Cape, having started out his IT career in a call centre. He went on to multiple roles, running the group’s businesses in the Western Cape and Gauteng before he became regional executive for the Middle East and Africa. He holds a law degree from Nelson Mandela University and a master’s degree from the Unisa School of Business Leadership. He also completed the NTT global leadership development programme at IMD Business School in Lausanne, Switzerland.

When he isn’t thinking about strategy operations in the fast-changing ICT industry, Kapp is a keen runner. He has competed in the New York marathon.

Outside the office, he spends time with his family — having three children under 10 could be a full-time job on its own, he says.

The Infinite Game by Simon Sinek is the most recent book on leadership he has read. "But I think the most interesting book I’ve encountered is Sapiens by Yuval Noah Harari."

Becoming CEO he says, "was part of my aspiration." He hopes to use the group’s new structure to gain market share as mergers and acquisitions increase across the industry — for example Huge Group’s R800m bid to buy out Adapt IT. "I was part of positioning the business where it is today, and I’m incredibly excited about where we can take it," Kapp says.

Dimension Data’s operations span Africa and the Middle East. It employs more than 10,000 people. It is represented in 15 countries and SA accounts for 70% of the business.

Bodley wants to leave on his own time with a successor already in place, effective April 1
Companies
7 months ago
Next Article