The bureaucrat tipped to become Ramaphosa’s DG is well aware of the corruption, nepotism and politicisation that afflict the public service 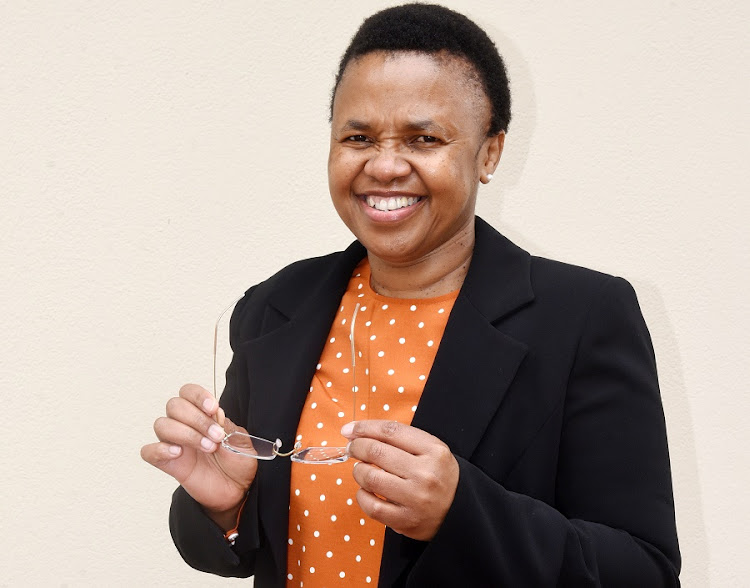 It is difficult to find a government bureaucrat with experience as wide-ranging as that of Phindile Baleni.

Her experience places her in a unique position to identify the real challenge for the state — and it is not limited to corruption, but politics and capacity, genuine "organic problems" not foreseen after the fall of the apartheid government in 1994.

"What thoroughly offends is appointing people who are not suitably qualified for that particular post," she says.

It is partly a function of rendering many posts in the public service more administrative than technical in the immediate aftermath of the transition to democracy, she says, where engineers, for instance, were removed and not replaced.

Baleni, 53, is the director-general in the office of Gauteng premier David Makhura, a post she has held since 2015, but she has served in various government roles since 1994, both at local and provincial level.

She has a firm hand in the energy space too, after a stint as CEO of the National Energy Regulator of SA and CEO of EDI Holdings, which was set up to establish regional electricity distributors in SA, in the early 2000s.

It is not difficult, then, to believe reports in the Sunday Times that President Cyril Ramaphosa is considering Baleni as the new DG in the presidency; she is driven, ambitious and a consummate professional.

The post was declared vacant after Cassius Lubisi retired last month after a decade. Reports were tied to the political significance of having Baleni as the presidency’s first woman DG as she is married to staunch Ramaphosa supporter Frans Baleni, a former trade unionist.

But in an interview with the FM, Baleni sweeps aside talk of leaving the Gauteng government and refuses to be drawn on a potential move to the presidency.

Baleni — whose father insisted that she attend a township school in Vosloorus — accomplished a rare feat by matriculating at 16, and was immediately accepted to study law at Wits University. She joined the public service in 1994 as a special adviser to then MEC for local government Dan Mofokeng.

Tokyo Sexwale was premier at the time and she looks back on that period fondly — it was difficult, but there was immense possibility, she says.

She recalls having to overhaul the laws affecting how the government worked to ensure that the state provided services to the majority, not the minority as was the case under apartheid.

It was during her time in the City of Joburg, which she joined in 1996 as an executive officer for local government policy, that she was first exposed to the energy space.

But first she helped draft the laws, a national process, that now govern local government. Baleni says key challenges in the public service today include a lack of capacity, politicisation of the public service, nepotism, corruption and, a lot of the time, simple laziness.

She is quick to point out, however, that there are still pockets of excellence, like the Competition Commission.

As DG in Makhura’s office, Baleni says the corruption around personal protective equipment in the Gauteng health department was identified by officials long before it hit the headlines. Her biggest learning curve in Gauteng has been to work with, persuade and co-ordinate other heads of departments in the administration who do not report to her but are required to co-operate in order to drive the premier’s mandate throughout the government, "to make them understand the direction that needs taking", she says.

It is a tough task, but it’s not all work.

She unwinds by walking, reading leadership books and dabbling in event décor.

The funds to pay the R160.64-million arbitration award to 135 families of victims of the Life Esidimeni tragedy will come proportionately from all ...
National
3 years ago
Next Article